“There is a great deal of research being done in the United Kingdom concerning the origins of the HISGROVE family and also the HISGROVE name.

Suffice to say here, at present we have no definite proof to which part of the family the Hisgrove’s now resident in Australia belong. Though it does seen they originated from somewhere around the Bristol area.

However, we can say with some certainty, that JOHN and JOSEPH HISGROVE, who both arrived in South Australia, separately, in the latter part of 1853, were the only two of that surname to emigrate, and that all subsequent descendants in Australia have evolved from either of these two boys.”

The text above forms the opening few paragraphs of this fascinating history of the HISGROVE family in South Australia written by the late Elizabeth Madge Stuart from Western Australia.

To read the complete document which includes photos and other background information click here. 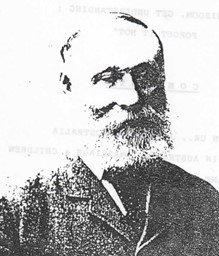