Unfortunately the flyover did not happen – the weather was not kind, though the sun was shining at Farina!
The Farina supporters and the RAAF did us proud with about 150 people in attendance, 30 of whom were RAAF personnel in uniform.
Martin MacLennan was the Master of Ceremonies.

Peter Harris gave an excellent presentation. Peter and his wife Diana were in attendance at Ploudaniel in France last year at the time of the village’s annual honouring of the 4 airmen who lost their lives on June 18th 1940, John Bell being one of them.

The RAAF Wing Commander gave a presentation on behalf of No 10 Squadron.

The new Memorial Wall is in the War Memorial Precinct and curves gently, featuring steel cut outs – a saluting airman at one end and a soldier at the other. It will eventually have nine plaques commemorating those Farina men whose lives were lost fighting for their country.
As part of the ceremony the first memorial plaque was formally unveiled. Sitting in the centre of the Memorial Wall and flanked by the French and Australian flags it is, of course, the plaque which commemorates Flight Lieutenant John Bell.

Channel 7 was in attendance and, apparently, a documentary style report is being planned.

After the ceremonial part of the evening was over Martin and his team fed the multitudes with delicious treats from the Farina Bakery. 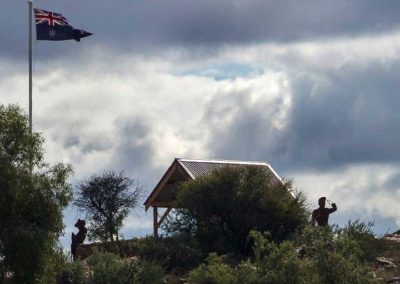 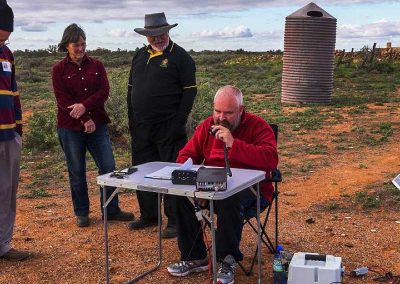 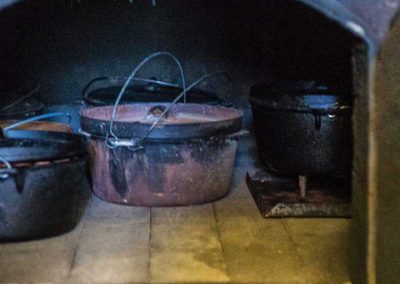 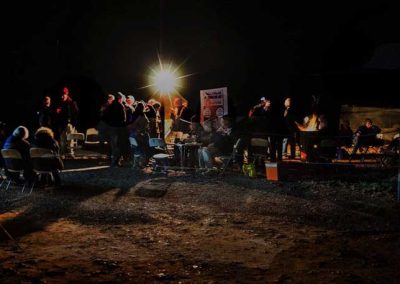 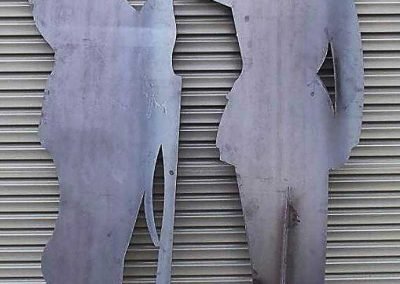 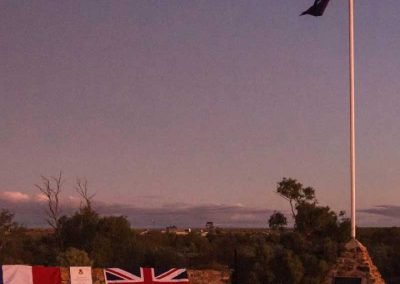 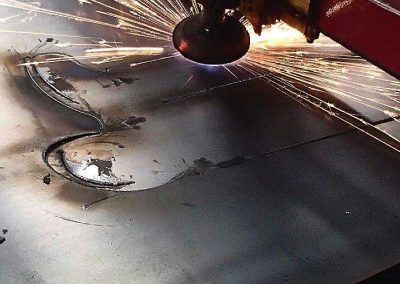 Laser cutting of the steel figures 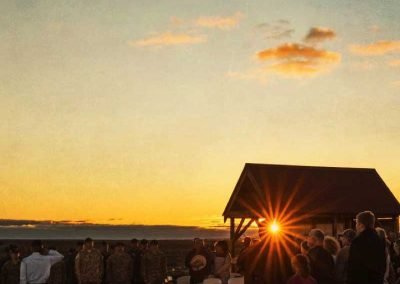 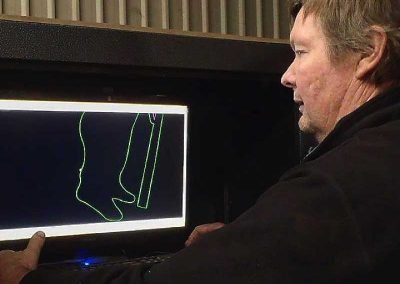 CAD programming of the laser for cutting the figures 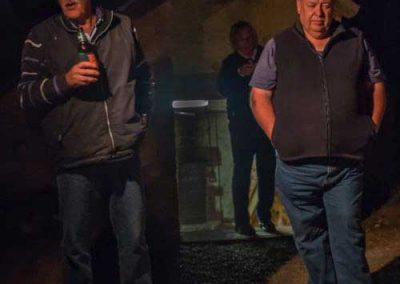 During speeches and thanks 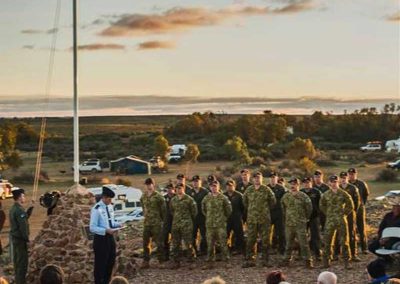 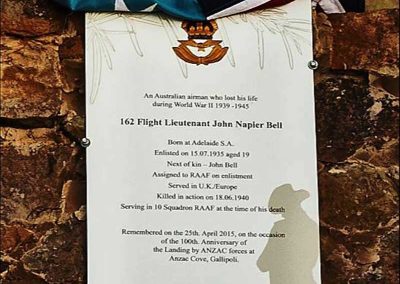 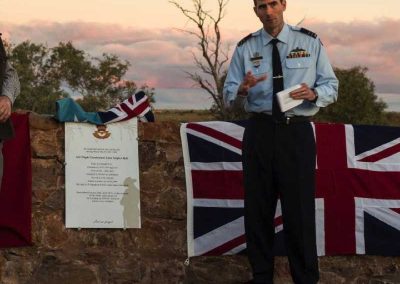 The unveiling of plaque