The first weekend of this week saw the busiest period of the season, with the SA School Holidays kicking off and lots of people travelling in the outback. With the resurgence of Covid-19 in Queensland and NSW, many travellers were uncertain about crossing into those states and the risk of not being able to return without quarantine. The Big Red Bash outside Birdsville was a popular destination and many people agonised over whether to go or to stay in SA. It was a common sight to see groups of visitors clustered around the veranda of Pattersons House (near our mobile phone repeater) checking websites and making phone calls to decide their next move..

Whilst the visitors were agonising over their travel plans, they kept Kerry (our head Baker) and his team extremely busy and many days saw the bakery sold out of bread and hot food. The coffee was a very popular item and drew many favourable comments.

The display board roof replacement project was in full swing with around half the roofs complete.

Another project finished off this week was the painting of the Sheep and Cattle Wagons. This work was undertaken to protect and preserve the wagons, and although the Volunteers had a smile on their faces and enjoyed the work and the camaraderie, they were hoping that this job wouldn’t be needed again for many years.

The Stone workers (known as the “Stonies”) made a start on the restoration of the water tank at the Transcontinental Hotel. This tank is around the back of the hotel with around 80% of it below ground. It was built of stone, rendered on the inside to make it water tight, and covered by a timber and corrugated-iron roof. The aim of the current works is to preserve the stonework and built it back to the form and shape it had originally and prevent any further weathering.

The Volunteers held their Wednesday night communal dinner at Pattersons House, setting up trestle tables and chairs, all with the correct social distancing of course. Kerry and the team served up some wonderful baked potatoes with all the trimmings, followed by bread and butter pudding. Those assembled were also treated to some Birthday cake after Rob Power was surprised with the cake to celebrate a significant birthday during the week.

It was also a special night, with an award presentation made by Bill Brock (FRG President) to Tom Harding (Founder and past President of the FRG) to thank Tom for his tireless work in setting up and directing the FRG. 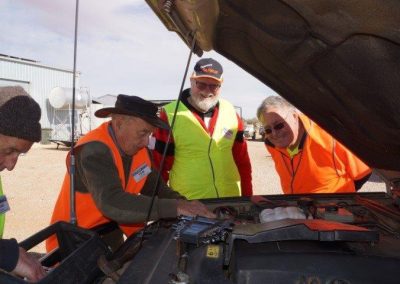 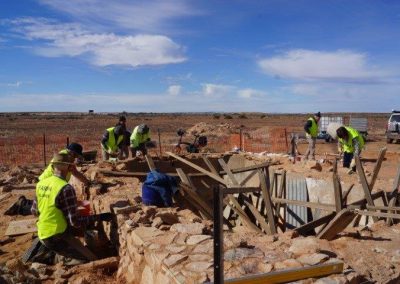 Working on the water tank walls at Transcontinental 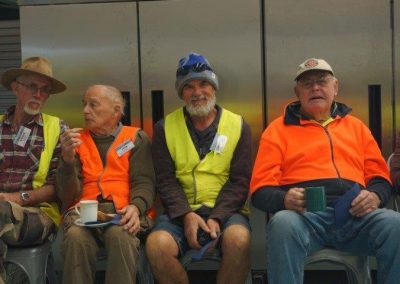 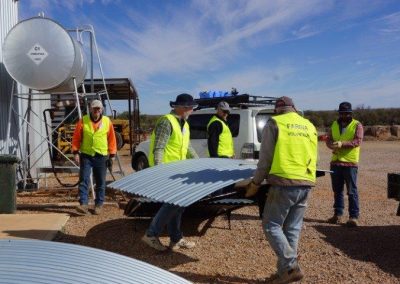 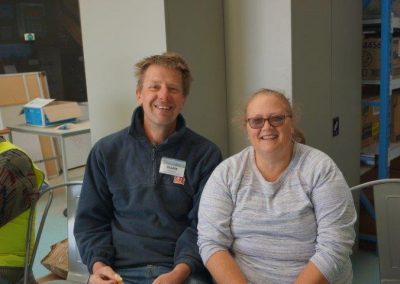 Mark and Michelle at morning tea 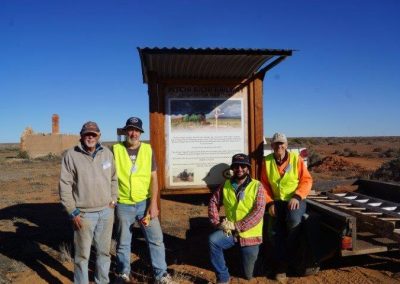 Installing the new info board roofs 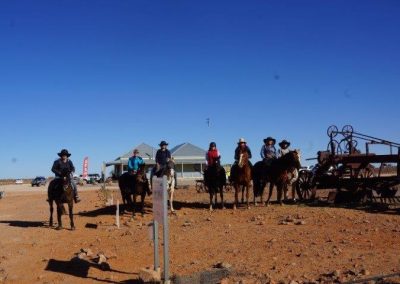 Horse trekkers drop by the Cafe 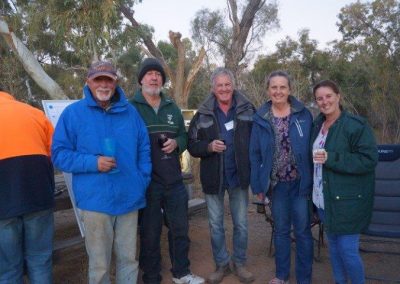 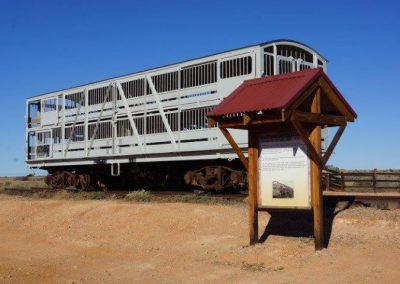 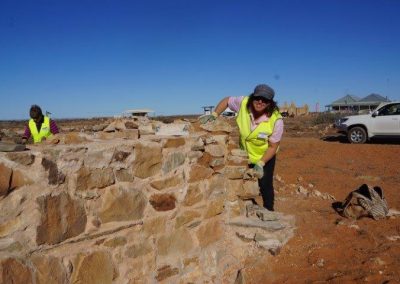 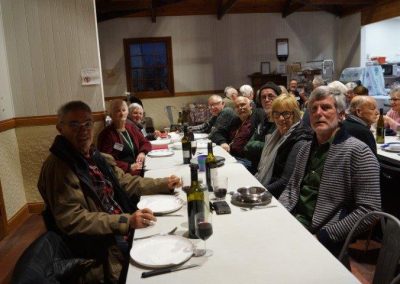 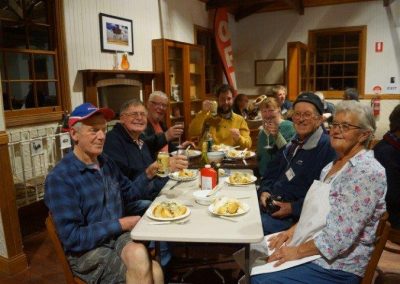 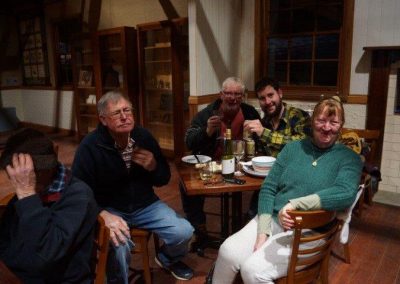 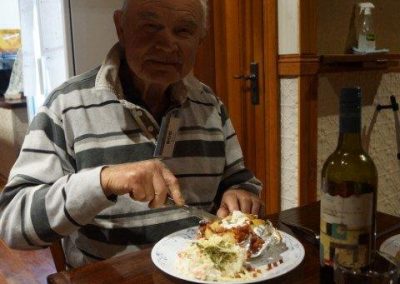 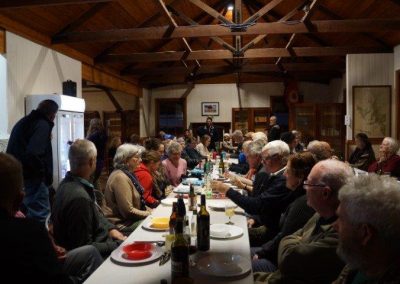 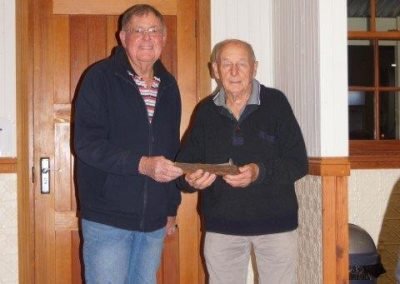