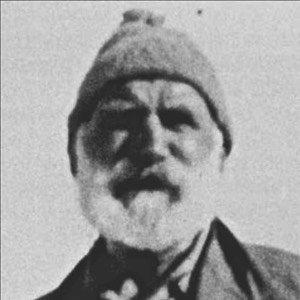 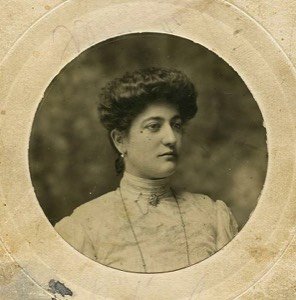 Gool Mahomet was born in a small village Smilekenerra or Direcesmalkam near Kabul. His father’s name is either Dos or Dors and his mothers name is not mentioned.

He worked in Colombo to help pay for his passage to Australia around 1887/1897 nothing definate as yet as we cannot confirm when he arrived in Fremantle or Pt Augusta. Some say he arrived and worked in the goldfields and others that he came to Pt Augusta and worked out of Maree., before he went over to WA.

1881; Adrienne Desiree Ernestine Lesire (father Adrien Paul, no mother mentioned) came out to Austalia from France in the late 1890s and went to work in Kalgoorlie. She did travel by the name Violet Lesire in 1906 but we cannot find exactly when she came to Australia earlier. She arrived with Blanche Bresson and then in 1905 both went back to San Francisco and returned to Sydney in January 1906. From there they went back to Kalgoorlie but we cannot find how they travelled.

1907: Gool courted Adrienne for about 5 weeks then asked her to marry him. She left a note for Blanche and they were married on the 11th July 1907 by Secundah Khan in Kalgoorlie in a muslim ceremony, then left to go to Coolgardi. They then travelled to Pt Augusta by boat and held a civil marriage ceremony on the 17th August 1907.
From 1907 to 1910 we have no idea where he worked in SA or when they went back to WA until SALLAY’s birth in Coolgardi on the 16th September 1911.

By this time Gool has a string of camels and was carrying freight and stores north towards Leonora and east towards Laverton where second son SHER ALI was born on the 28th December 1913.

They were to go to Bummers Creek 23 miles east of Leonora where Gool and Adrienne went into market gardening at the Afghan settlement 1.5 miles up the creek from the Welcome Hotel which was a staging stop for coaches and travellers between Malcolm, Murrim and Laverton.

There were 2 wells dug on the bank of the creek and 3 other wells further in which they used to irrigate their vegetables. The Afghans had also planted a few date palms; only one is still there, but stunted. They grew melons and veg and these were sold to the various miners, as well as water and wood for the steam engines for the gold stampers.

In 1915: MARJAN CORAL was born in camp on the1st October 1915 and registered in the District of Mt Margaret. They left Bummers Creek somewhere between 1915 and 1917. 1917 saw them in Perth where
second daughter Sayira was born and it has been said that Gool was going to take the family back to the home country, but a relation or friend in Broken Hill was sick and needed them there, so they walked back over the Nullabour and up to the Broken Hill area but ended up working around the Olary and Mannahill district.

1919; On Bimbowrie Station third son WILLIE was born on August 5th 1919 and registered in the district of Frome. Gool was fencing and doing general station work. We’re not sure if he had camels working then.

1919 to 1924: Gool worked for Murnpeowie station for Thomas Elder, and was also carrying supplies to other properties. He also was on Beltana Pastoral Co. and Mt Hopeless, and later taking stores up to Cordillo downs and bringing wool down to Farina railhead. We don’t know where the family was staying while Gool was away.

Around this time – (1924) Gool built a dwelling on Afghan Hill at Farina which consisted of a tin hut lined with hessian. We believe that the family moved over there around late 1925. They must have been near Broken Hill for some work as third daughter PAYROSA LOUISE was born there on the August 26th 1925. From there they returned to Farina where Adrienne and the children remained. Some say Sallay went to school in Broken Hill for a while, but when they went back to Farina Sallay went to work for his father, and Sher Ali, Marjan and Sayira went to school for the first time. Marjan was 9 years old. Adrienne had throughout the children’s lives, taught them to read and write. The girls were taught sewing, needlework and embroidery, so when they finally went into school they didn’t start from scratch.

When the big dust storms hit Farina and left dunes of sand in the main street, Sallay used the camels and a buckscraper to take the sand away (see photo below), so some trips he may have stayed at Farina.

1928; We have receipts showing that Gool bought 4 camels from Witchelina Pastoral Co and in 1929 another 9 camels from H. Tilmouth of Maree at a cost of 41.0.0 pounds paid with Gool’s cheque.

In 1928 Gool and Adrienne bought a “Bluebird” treadle sewing machine from Sydney, paying it off in three months. It was worth 22pounds 18shillings and 6pence. From that time, Marjan went ahead with her dressmaking. Gool sent her down to Adelaide to do a dressmakers course and she went on from there to become an outstanding dressmaker throughout her life. She made her own and Sayira’s wedding gowns as well as the bridesmaid’s and probably most of the guests clothes. She was a very talented woman. Sayira went on to do beautiful embroidery and later was an excellent wedding cake decorator. (She also made the cakes). Both very talented girls.

1931: Son Willie was accidentally shot in the head while climbing through a fence. They were going out to shoot rabbits and as his mate (who was holding the gun) was also also getting through the fence when the gun accidentally went off. Their teacher was with the boys at the time of the accident. Willie was only 12 years old at the time and he is buried in the afghan section of the Farina cemetery. His father had a headstone placed on his grave.

1931 to 1934 Gool was still carrying for Thomas Elder throughout the district and in 1935 he leased Mulgaria Station and set about building a homestead. Sallay and Sher Ali helped and worked with Gool. However, at some stage, Sher Ali went over to Forest in WA to buy horses which he sent back on the train to Farina. Adrienne never lived at Mulgaria but stayed in Farina with Marjan, Sayira and Payrosa.

Gool bought cows and calves from Alice Springs and some sheep from Quorn but we feel he didn’t go so well with them due to lack of rainfall. He originally wanted to make Mulgaria a camel agistment place but again low rainfall and the advent of motor vehicles taking over the haulage business, meant that it was not a viable proposition. The cameleers finally let their camels go free to roam.
At this stage Gool bought a ute and continued to do fencing and work for others and we presume he stopped using his camel teams.

1939: Gool finally bought Mulgaria with Thomas Elders help and Sallay and Sher Ali stayed on to help run the property. After a family dispute Sher Ali left the station, and was working on various properties. He also trained racehorses.

In a massive heatwave on January 16th in 1939, and still living in the tin dwelling in Farina, Adrienne was given a cup by Sayira about 4pm and when she went back to get the cup her Mum was having a heart attack. She notified the hospital and they called the Flying Doctor on the peddle radio but in the meantime Adrienne had died and the hospital couldn’t contact the plane to turn it back. Adrienne is buried beside her son Willie in the Farina cemetery and on her headstone are the names Mirriam Bebe her muslim name, plus her english names.

She was only 58 years old but she had travelled a lot of miles and lived in primitive camps for long periods. We feel her children came first, as she educated and taught them everything. She certainly had a hard life and had seen a lot country in her travels. Both girls were working at the Farina hospital helping with the nursing of patients, cleaning etc. at the time and stayed on well after Adrienne died.

Marjan and Sayira looked after Payrosa but she had been a sickly child since birth and I remember being told that she had a blood disorder, and contracted pneumonia quite a lot. 6 months after her Mother died.

Payrose was again sent to Adelaide as she was unwell, but died on June 16th 1939. Some say that she fretted for her mother, but her ailing health played a large part. She was only 14 years and 10 months on her death. She is buried in the Afghan section of the Adelaide West Terrace Cemetery where her father was later buried.

1940: Gool became Mulla at the Adelaide Mosque and he had also donated money towards it’s construction. He travelled to Adelaide on many occasions and stayed in the accommodation at the Mosque. A few articles have been written about Gool (see newspaper headline) regarding his owning a station and his visits to the Mosque. The pine post fence around the Mosque was made from timber taken from the “Pinery” on Mulgaria and transported down and erected there.
1942: Marjan married Mick Moyses in Farina.

I don’t think Gool went to either of the girls weddings!

1950: Gool had decided he was going to go back to the old country to visit Mecca and went to the Mosque and stayed a few days before he was to sail. He was booked onto the SS Himalaya but suffered a massive heart attack and died the night before sailing. He was aged 85 years and was buried in the West Terrace Cemetery beside his daughter Payrosa.

We have found it was very hard to get information from Marjan and Sayira regarding their life with their parents, and before I could get Sayira to go through the many photos that she had taken during her early life she had a heart attack and died in 1993. Thank goodness that she did take so many photos of their Farina life, but most had no names or places on them.

Gool had a very interesting life travelling with the camels and seeing country, some of it where white men hadn’t been before, and he was by all accounts a well liked and respected man, not only in SA but WA also. It seemed like he was a man who could lay his hand to anything, fix everything and keep on going.

1952: Sallay stayed on and ran Mulgaria station for a while then went to Penwortham to live, while the boys went to school at Seven Hills. He then sold Mulgaria in 1962 and moved to Alice Springs in 1963.

16th August 1952 Sher Ali died in Adelaide after a long series of Illnesses. Rheumatic fever being the main one and affecting his heart throughout his life. He is buried in the Enfield Cemetery SA., beside his sister Sayira.

Thanks to Penny, wife of Leon Todd (grandson of Gool), and stepmother of Adrienne for supplying this information about her distant family.

Click on the images below to enlarge, Arrows keys sequence images, Esc to close. 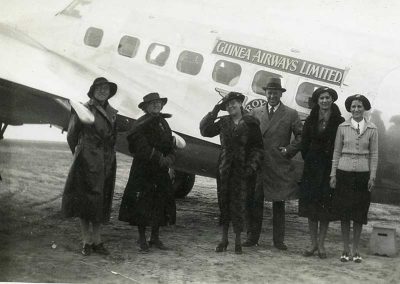 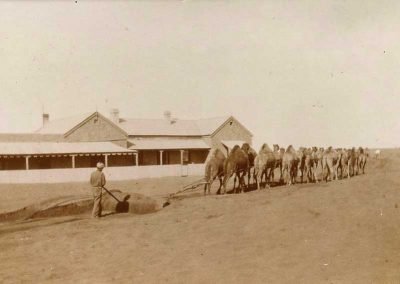 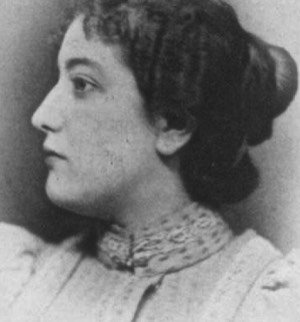 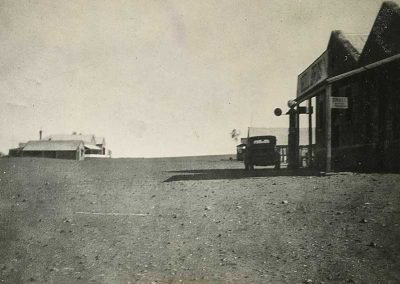 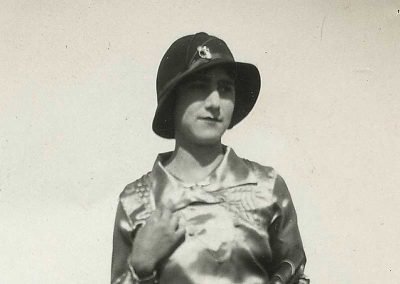 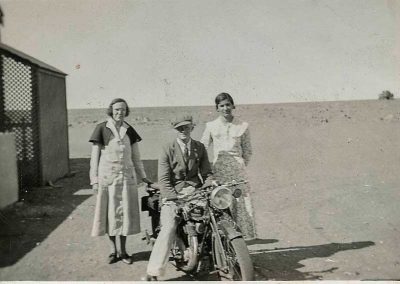 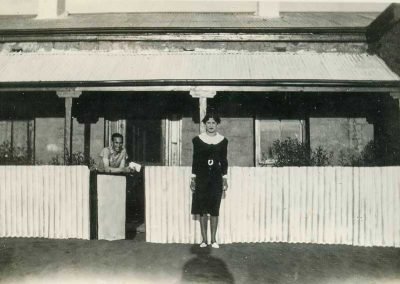 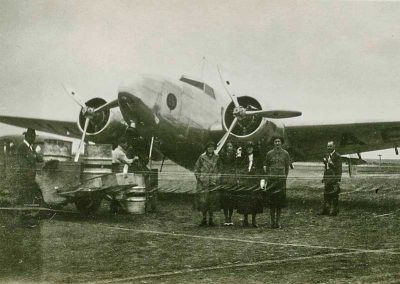 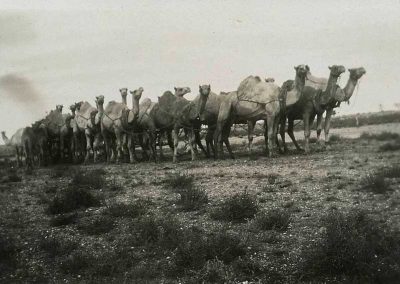 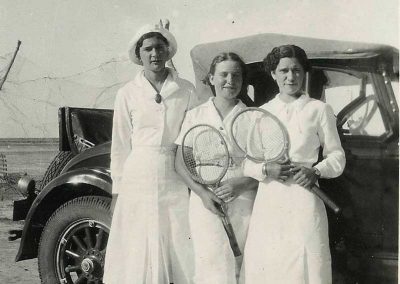 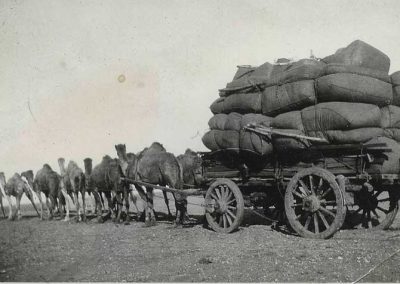 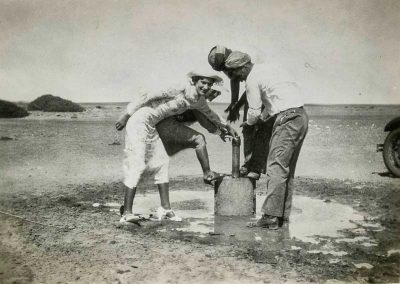 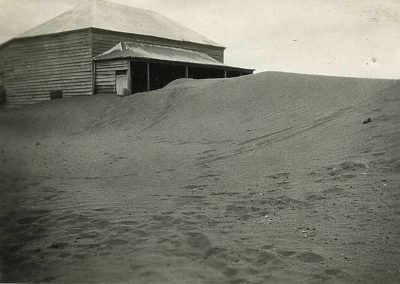 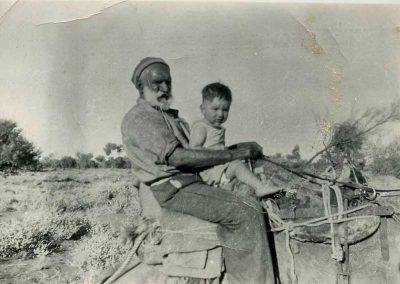 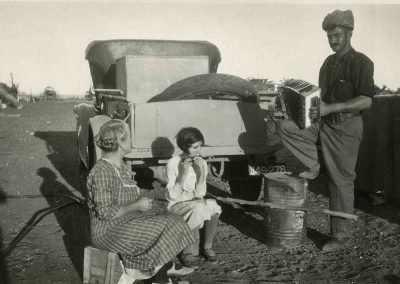 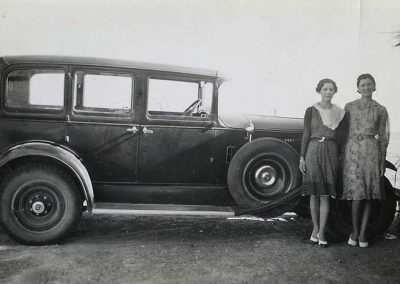 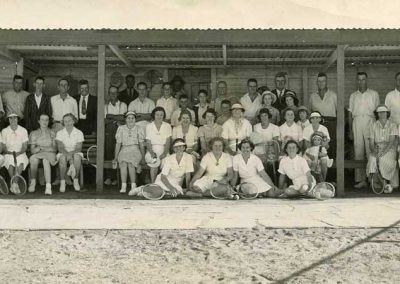 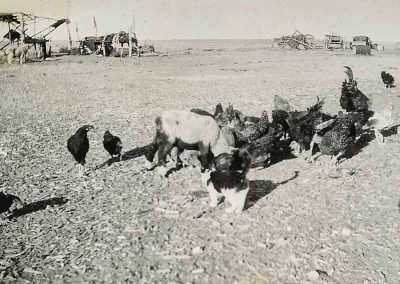 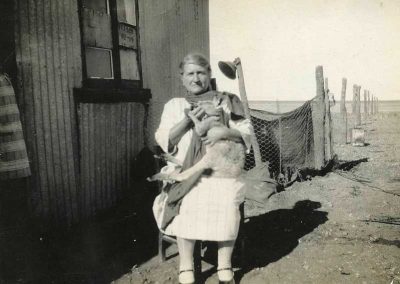 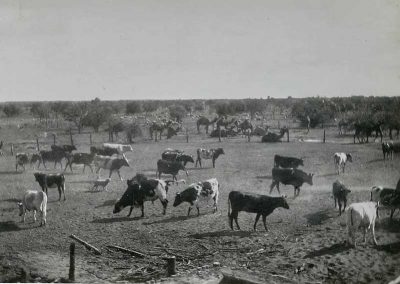 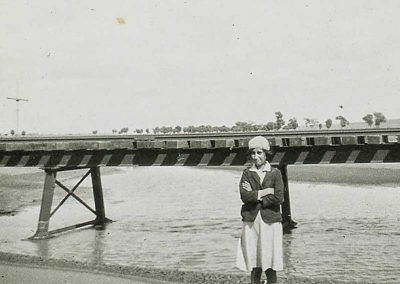 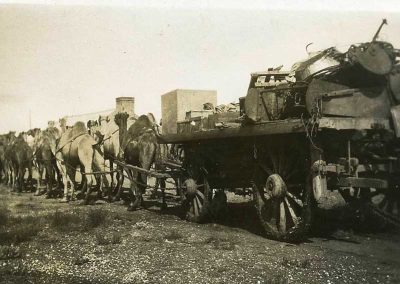