Frederick BUDGE arrived at Farina in 1885 as a young lad aged 13 years.  Frederick was born at Pinkerton, South Australia. (near Quorn).  He was one of 8 children; his parents were William and Honorah BUDGE (nee O’LEARY).

On the death of his father in 1885, and at the age of 13, Frederick left home and travelled to Farina. The exact details and circumstances of his move to Farina is unclear, however it is believed that he was looked after and cared for by one of his sisters who lived at Farina.

At the time, a person named John West MANFIELD ran the General Store and he also looked after Frederick which included providing him with work at the Store.

John West MANFIELD had the store between 1882 to 1907 and personally managed it.  He also set up a string of other stores scattered all across Northern Australia, and they were managed independently.  This included stores in towns such as Maree, Oodnadatta, Innaminka and Birdsville.   These stores were crucial for the survival of the towns and persons living in outlying areas. J.W. MANFIELD held large Government contracts to supply railway laborers (navvies) on the north south railway line construction camps.

The railway was a vital link for residents of towns such as Farina for the supply of food and materials, and the transportation of livestock.  In addition to railway reliance, away from the line, the use of camel trains operated by Afghan Cameleers was an essential service.

J.W. MANFIELD reported in 1895 how rabbits were in plague proportion throughout this area and were having a devastating effect on the landscape eating all of the local feed for livestock.

This impacted on the competitiveness between teamsters using this route and Queensland teamsters who could carry much heavier load using larger teams. This due to poor availability of feed due to the rabbit plague, and resulted in wool being diverted eastward.

Frederick married John MANFIELD’s daughter Lilian West MANFIELD on 15 January 1896 in Farina.  He continued working at the General Store and in 1907 in partnership with Arthur Barwise HIDDLE he took over MANFIELD’s Store–Keepers License. They operated the Store together and continued trading under the name of J.W. MANFIELD until 1913 when Arthur HIDDLE left Farina.

Frederick BUDGE had an ownership interest in the parcels of Farina land listed below.

The information in this profile of Frederick BUDGE was compiled by Farina Restoration volunteer Mark Roberts.

Much of the biographical information and photographs have kindly been provided by Jennifer BAILEY (nee BUDGE), granddaughter of Frederick BUDGE. 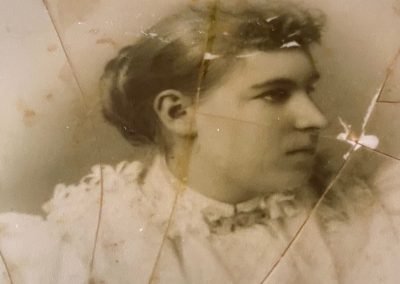 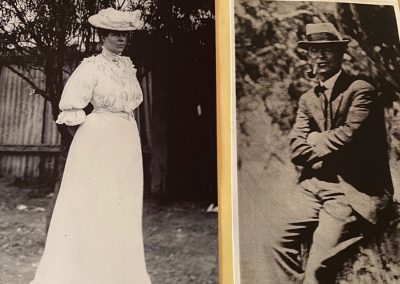 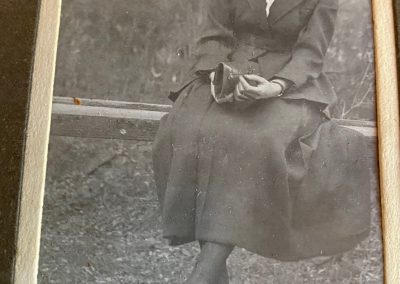 Daughter of Frederick and Lilian BUDGE 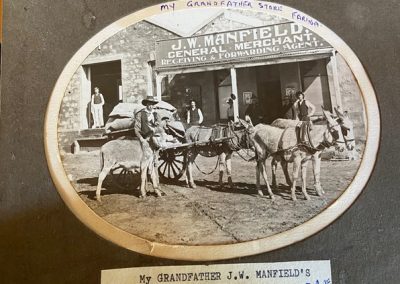 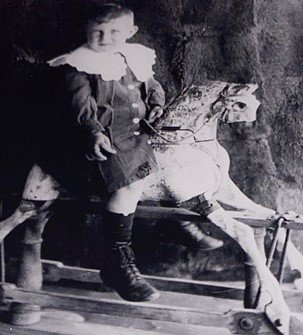 Son of Frederick and Lilian BUDGE 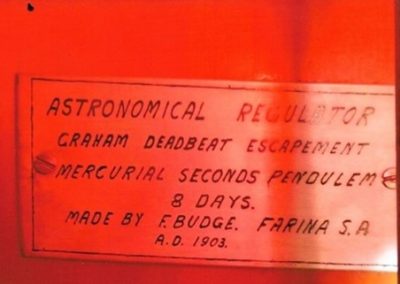 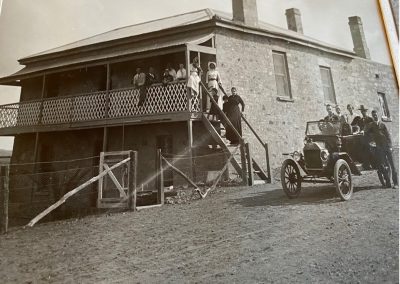 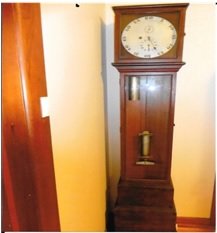 Clock made by Frederick Budge 1913 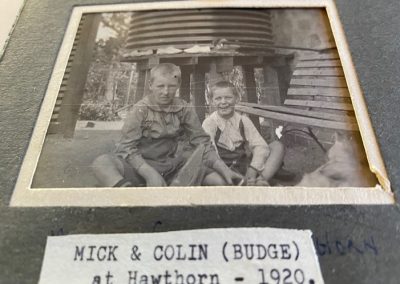 Mick and Colin Budge at Hawthorn 1920 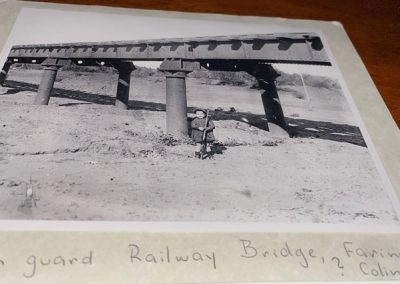