Known to his family and friends as Harry or Blake.

Henry Max was the 3rd child and first son of Henry Stanford Snr and Sarah Humphreys who were married in Farina in 1888. Henry’s father worked as stockman and for a short while tried his hand at mining at Broken Hill.

Growing up in Farina, Henry jnr attended the one teacher school with his teacher being Mr. Danny. Like most young boys growing up in a country town, Henry jnr spent a lot of his time exploring the district as well as rabbiting with his brother Joseph who was 6 years younger. On one of their rabbiting adventures, time got away from the 2 boys and getting dark, they weren’t sure what to do so they made their way to the railway line and waited hoping something might come along. Just as darkness fell, they were picked by a fettler’s trolley on its way back to Farina from Lyndhurst.

Henry left school after year 7 and worked for a short time for F Booth who carted supplies from Blinman to Peake.

Over the next few years Henry worked as a roustabout at several stations including Anna Creek, Stuart Creek and Blanche Water station which is located 134 kilometres east of Lyndhurst.

In mid November 1915 Henry returned to Farina for a few days to see his parents then caught the train to Adelaide travelling via Quorn, Petersburgh (now called Peterborough) and Terowie.

When he arrived in Adelaide, Henry stayed with his eldest sister Annie and husband Frederick for 2 weeks at their home in Marian road Payneham.

On the 13th of December 1915 Henry arrived at the Mitcham Army camp where he signed up and was given Service number of 1062. On the 16th of December, Henry began his training and at first, was placed in B Coy, 2nd Depot Battalion and then on 16th January 1916 he was transferred to A Coy, 1st Depot Battalion where he stayed until completing his Basic Training as a Private. During his training, Henry faced disciplinary action for missing a morning parade due to a night out in the city. On the 16th April 1916 at completion of his training he was assigned to D. Coy. 43rd Battalion AIF. (Australian Infantry Force)

On the 9th June 1916 Henry embarked on the SS Afric at Port Adelaide bound for France via Southampton.

During the voyage to Southampton, Henry was hospitalized twice, once for scabies and once for Mumps.

Henry arrived in Southampton on 1st September 1916 and spent 2 months at a nearby British Army camp. 25th of November 1916 his battalion sailed from Southampton to Marseilles in France. 15th March 1917 Henry was admitted to the field hospital with another suspected case of mumps. After 10 days he rejoined his battalion and was killed in action on 24th April 1917.

Henry Max Stanford was buried  just north of Ploegsteert which is 3 miles from Armentieres.

The information in this profile of  Henry Max Stanford was compiled by Farina Restoration volunteers Mark Roberts and Rob Ball. 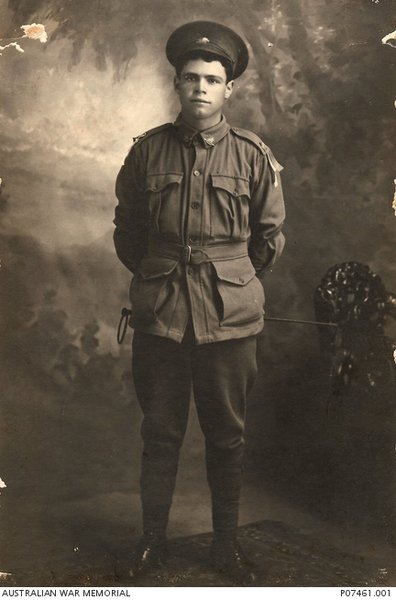 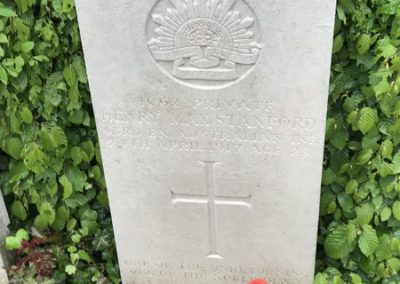 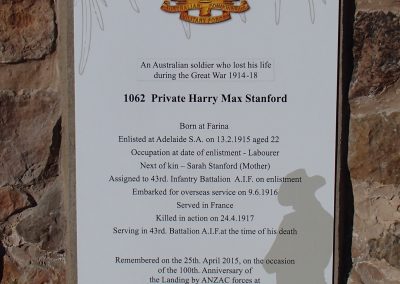 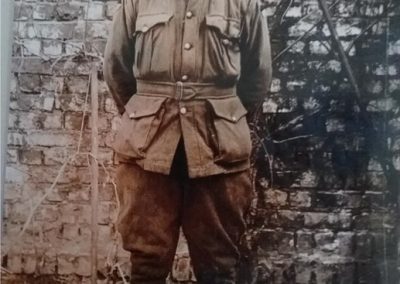 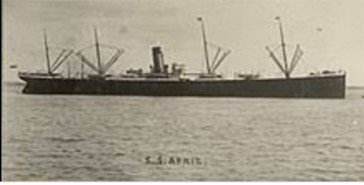 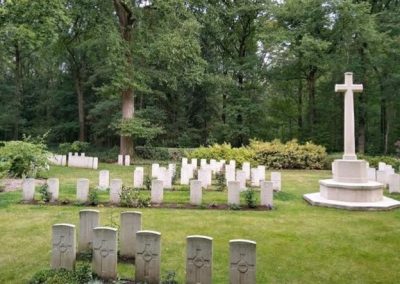