Mother: Sarah Ann STEPHENS (B: 1855 D: 4th Aug 1948 Port Augusta) Sarah arrived in Adelaide in 1862 aboard the “Sir John Lawrence”. She passed away in Port Augusta and is buried in the Port Augusta cemetery.

Horace Frederick Corbett was born on the 15th of October 1893 in Davenport, South Australia. He was the eldest of eight children to Sarah Ann Corbett and William Edward Corbett. As a child Horace attended the public school in Port Augusta.

At the age of 14 Horace took the Public Service examination to become a Telegraph Messenger, held in Port Augusta on the 7th March 1908, and passed comfortably scoring 442 out of a possible 600 marks. This meant that Horace was now on the list of successful candidates who could be employed by the Postal Service.

With the first world war now in progress, Horace enlisted with the AIF in July 1915, and commenced his training as a signaller in late July in Melbourne.

He was never to return to civilian life.

27th July 1915 – Horace Frederick CORBETT was living and working in Farina, in charge of the Farina Post Office (he was the Postal Assistant – in charge) when he enlisted in the AIF as the Keswick. He was now a Private with the 8th Field Artillary Brigade, 31st Battery AIF. At the time of enlisting the Medical Officer noted that he was 5 ft 1 ¼ in tall, weighted 111 lbs, a chest measurement of 33 ½ in, dark complexion, brown eyes and dark hair;

27th July 1915 – Training for Horace commended at the Broadmeadows camp on the outskirts of Melbourne, Victoria and continued until the 17th January 2016. Horace is shown in a photograph (see gallery below) taken at the camp around September 1915 with fellow trainees.

31st January 1916 – Horace’s training continued at signal school until the 2nd March 1916, at which time he was sent to the Field Artillery Reinforcements at Maribyrnong;

1st April 1916 – Horace was appointed to the rank of Gunner in the 8th Field Artillery Brigade, 31st Battery;

20th May 1916 – Along with other reinforcements, Horace embarked on H.M.A.T. “Medic” in Port Melbourne set for England, and disembarked at Plymouth on the 18th July 1916; Although his service records are silent around this time, it is assumed that Horace spent time in England with his Brigade undertaking training in readiness for deployment to France;

30th December 1916 – Horace embarked for France from the port of Southampton;

4th June 1916 – Although there were some conflicting dates in his record, it was officially agreed that Horace was killed in action on the 4th June 1916 in Belgium; At this time the battle was around the border with France, and Horace’s body would have been taken back behind the lines into France;

2nd July 1917 – Horace was buried in the Trois Arbres Cemetery near Steenwerck in France, in Plot 1, Row Q, Grave 6; The burial was presided over by the Reverend Gerald Kennedy Tucker.

The information in this profile of Horace Frederick Corbett was compiled by Farina Restoration volunteer Mark Roberts. 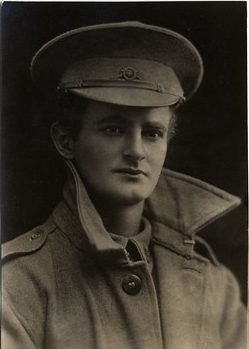 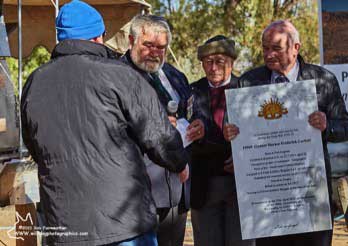 One of the plaques soon to be mounted for display on the memorial site. This one refers to 19969 Gunner Horace Frederick Corbett. 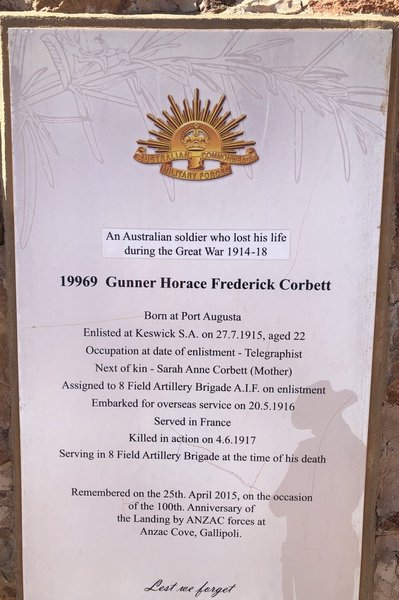 Plaque at the Farina Anzac memorial. 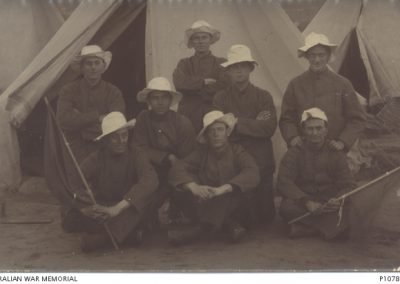