Thomas was born on 12th March 1893. His birth extract states he was born in Adelaide to Thomas and Sarah (nee Rake) however Thomas’ enlistment papers say he was born near Farina and gives the birth year as 1892.

Thomas was a pastoralist/ grazier. His father was a station manager.

Thomas enlisted in Adelaide 22nd January 1917, joining the 28/9th Light Horse. On his enlistment papers, Thomas stated that he was unfit for service during a previous attempt at enlisting due to a problem with his heart.

Upon his return, Thomas married his sweetheart Lillian Buik 11th October 1919 in Norwood.

1943 Electoral Roll shows that Thomas and Lillian live in Carrieton. Thomas is a sheep farmer.

Thomas appears in the South Australian Police Gazettes for 1935. Someone rustled 570 Merino sheep from his property in Carrieton.

No known land ownership at Farina, however other members of the Ragless family had extensive ownership of land at Farina.

The information in this profile of Thomas Harold Ragless was compiled by Farina Restoration volunteers Mark Roberts and Terrilisa Southon. 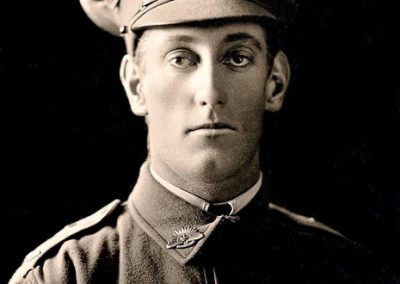 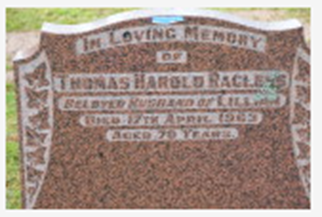