After the success of the initial project of “ SAVING FARINA “ the potential to represent the life and activity of the Nineteenth Century Township is more clear. Set out below is an outline program of follow on work to the 2009 activities, which is essential to any later restoration. At this stage we have 32 repeat volunteers from the 2009 work group, plus a further 24 persons who have made contact during , or since May 09.

* To effectively use this number, the project will consider spreading the team over a 4 week period – two groups each of two week duration. At this early stage of a longer term program, a substantial proportion of their endeavour must be directed to Stonework Stabilisation as preparation for later restoration.

* The Exchange Hotel street fascade requires an estimated 120 man hours of one team. This should complete a primary stage of presenting this as an Icon Relic. The “new Police Station”, a building with later renovation potential needs preliminary stabilisation. This will require an initial 120 hours of stonemason team, plus 40 hours of clearing and other preparation.

* The Robert Moffatt house is the one remaining domestic residence with restoration potential. This requires 40 hours clearing and preparation.

* The building of a cairn with plaques incorporated therein as a memorial to those from the town who served in World War 1 and World War 2 and provide a Pergola with Story Board naming all those who served.

* Community facility projects which would add early interest to the ‘new’ township is restoration of the Cricket Ground. This would require rebuilding a small round timber pavilion with a thatch roof. and defining the ground perimeter with low spaced posts.

* Other projects to be undertaken include restoration of the Cemetery, providing a Pergola with Story Board, naming all persons buried there together with dates,and a Rock Wall entry to Township identifying – one side FARINA other side GOVERNMENT GUMS.

* In 2010, the project will have up to 40 volunteers working on various projects together with professional stonemasons that need to be employed.. 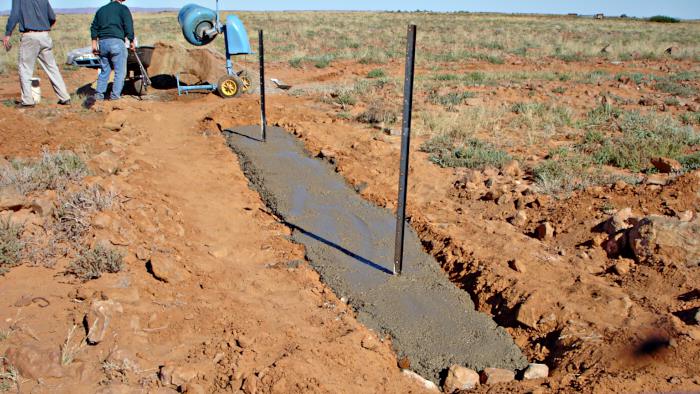 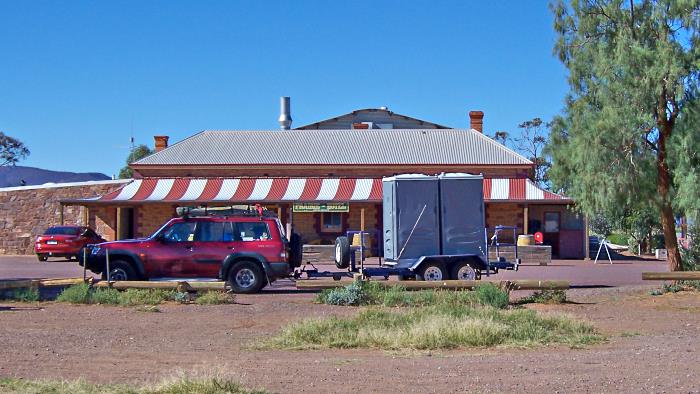