A building is only as strong as it’s weakest component.

In the hostile Farina environment, water in the mortar and salt on the steel has steadily been demolishing the town.

The 2012 season was my first visit to Farina. I travelled up with our iconic baker Martin MacLennan, Dave and Ian in Martin’s 4WD.

As a photographer, I wanted to try to capture the spirit of this remote settlement, and to document both the people involved in this mammoth task, and the progression of the “restoration” of the remaining buildings.

Since Martin had first rights in use of his vehicle, I was, to a large extent relegated to “Shanks’s Pony”, carrying quite heavy gear around in the midday heat. Most days I was up at dawn, as in photography, lighting is (almost) everything, and I wanted to capture the dignified majesty of these fast disappearing ruins.

Like most people who visit the ruins (or look at images displayed on this site), the big question that bugged me was “why were there so few remains of the old town, and why had the remaining stone structures degraded so quickly”?

Some of this question was answered when I talked to others on site. A huge factor in the degradation turned out to be due to the remoteness of the locatiion.

Farina is basically positioned on flat gibber plain where stones aren’t much larger than marbles, so all building stones had to be trucked in. I assumed that this meant from “down South”, but it may have come from the Witchelina Station area to the North-West. Sand and lime were not available locally. There were no limestone deposits, and even if there were, insufficient timber to run a kiln to produce the lime necessary for mortar production.

So – with lime so expensive after trucking from “down South”, an alternative product had to be found. There was plenty of mud in the creek (when it ran), and not much rain to wash it away, so stone walls were made using a mud mortar, skinned inside and out with the more expensive lime mortar.

Not only the walls were doomed, but because the town was built on, or near huge salt lakes, the wind carried small amounts of salt particles which eventually landed on any steel object (roofing nails, hinges, rail etc.), and they also rotted away. So we had water in the mortar, white ants in the wood, and salt in the steel, all conspiring to demolish the town.

The left image (above) shows the external wall of the original Police Station coated with lime mortar. Water has entered through the top of the wall and caused all the mud mortar to eventually be flushed out from the bottom. Only a small part of this wall now remains standing.

If this wall were to be re-built, it would have a secure top capping of lime mortar (with the rest of the wall also using lime mortar), thus preventing the rapid degradation every time it rained.

The right image shows the meagre remains of the brothel (next door to the original Police Station). A small amount of the wooden paling wall remains, surrounded by odd pieces of rotting timber and rusting iron/steel structures. An early water storage tank can be seen in the right foreground. Behind it, a galvanised iron water tank with both the top and bottom rusted out.

The Transcontinental Hotel in the background needed extensive repairs to it’s walls to make it safe to enter. 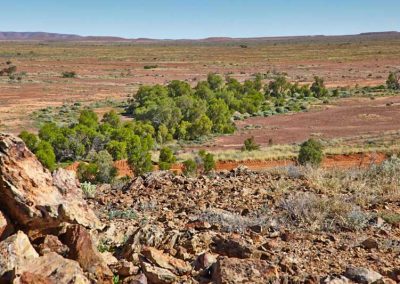 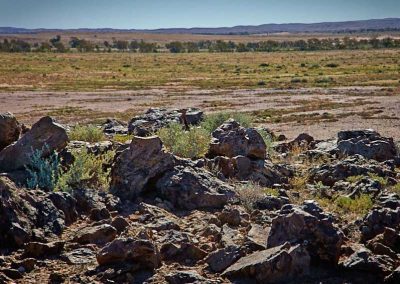 Witchelina land – is this a source of rocks for Farina walls? 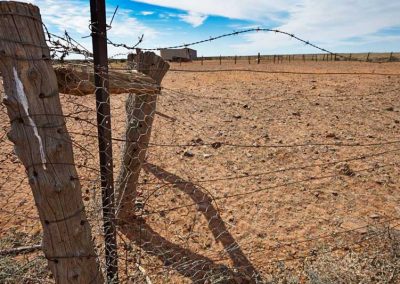 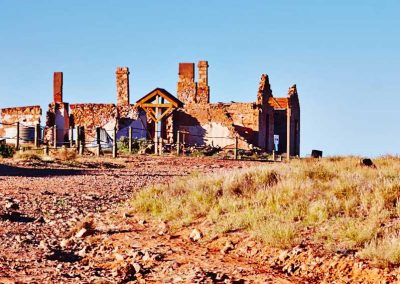 Transcontinental from the North 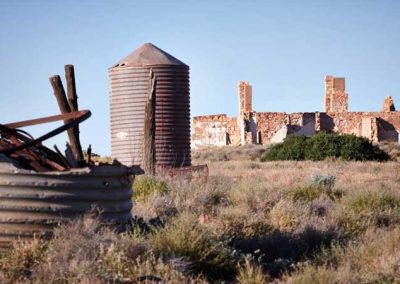 Transcontinental from the Railway Station 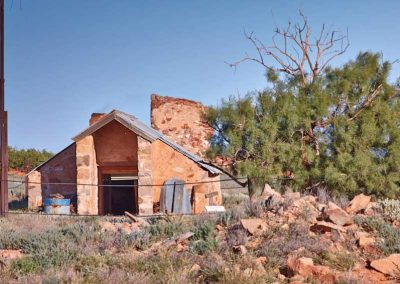 The Bakery from the road 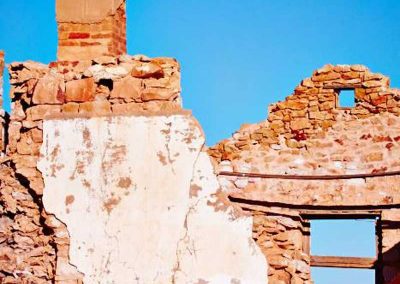 Inside ruins of Fettlers cottage 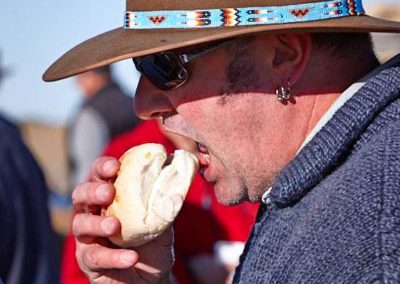 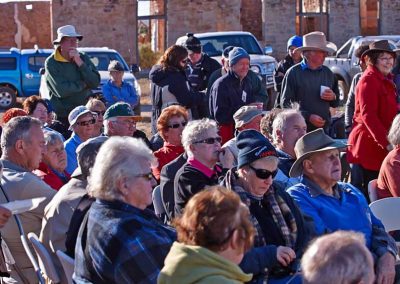 Anzac morning 2012 opposite Transcontinental during address by Peter Thomas 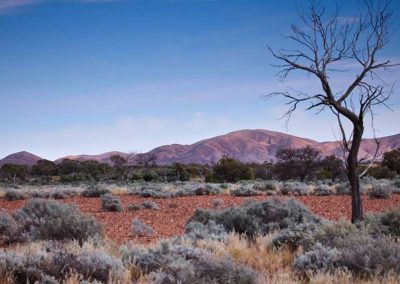 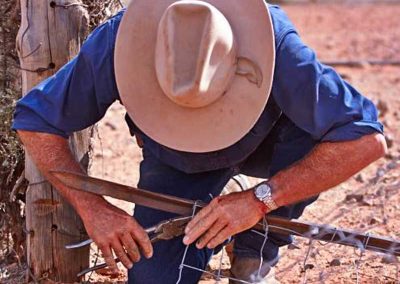 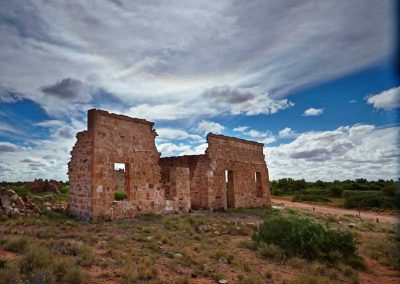 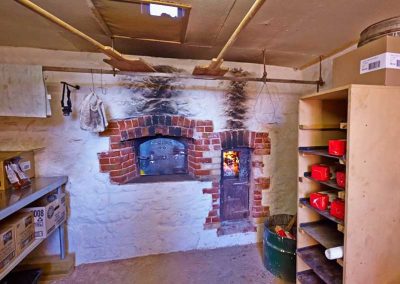 Inside the Bakery – firing up 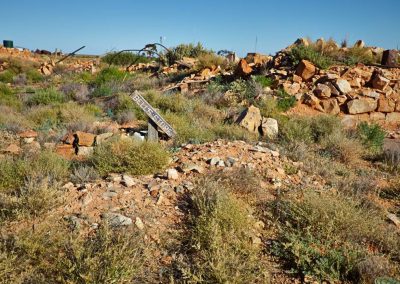 All that is left of Bells Store 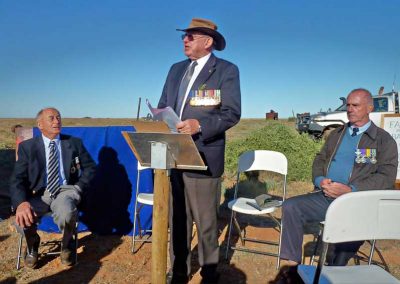