Ian Riches and Martin MacLennan have just returned from the North and once again the spirit of Farina has woven its magic.

Martin would like to thank all those fellow volunteers that work together to spread the load and create the wonderful memories.

This year (2014) has seen a large increase in turnover / profit that has proven the restoration program self sustaining as we maximise the potential of the new food van and marquee.

It is important that the history of the real bakery remains the focal point of the visit and Margaret Blackman worked tirelessly and with good humour to ensure that the history was passed on. The entries in the visitor book which have been copied and provided to the Secretary pay testament to the job that Margaret did.

Martin would like all the bakers out there to consider what part, if any, they would like to play next year, and to advise him so that he can begin work on the roster for 2015.

To avoid having to rise early every morning in 2015 we will implement a rotating roster where one baker starts with support at 5.00am and the other takes over at 10.00am and vice versa the following day. Where any baker wants to work for two weeks we will ensure there is a two day break over the middle weekend.

This batch of four images were shot by Martin during the last two weeks. The first – of Bruce Kidgel watching Laurie Gray replace the peel back in the bakery overhead rack.

The second he calls “They were all fed” – one assumes that these volunteers were well satisfied as they head back down South.
The Kestrels were found checking out one of the many stone walls left standing at Farina. Martin saw some stunning views on the way home – this last image is one of them.

Click on thumbnails to enlarge, Arrows keys to navigate, Esc to close 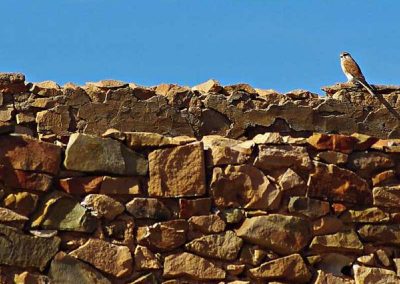 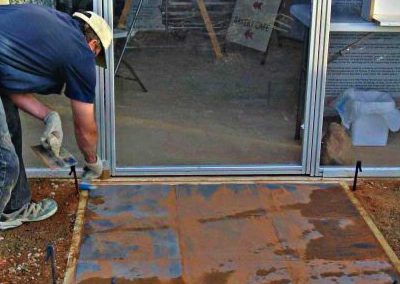 The new entrance paving to the marque 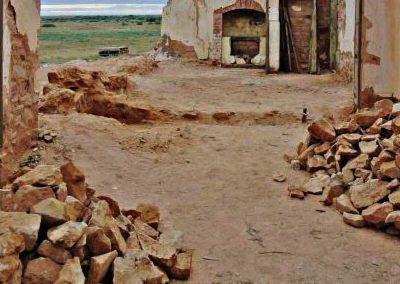 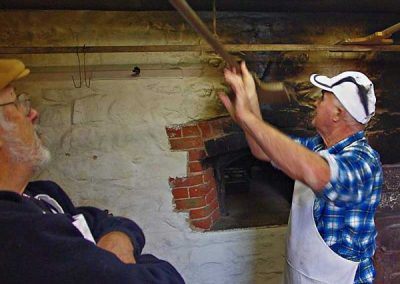 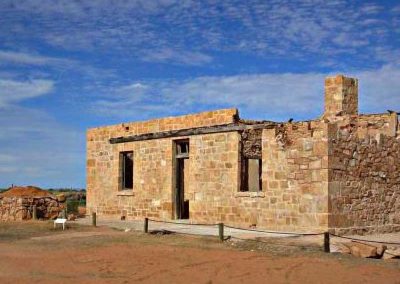 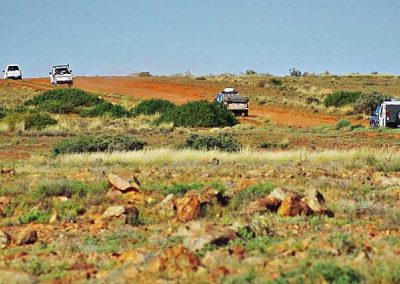 They were all fed 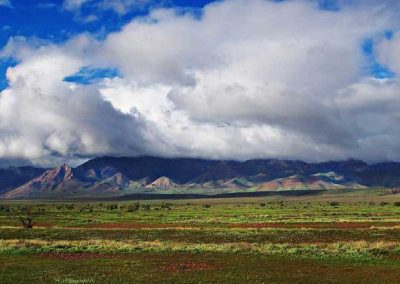 Seen on the way home 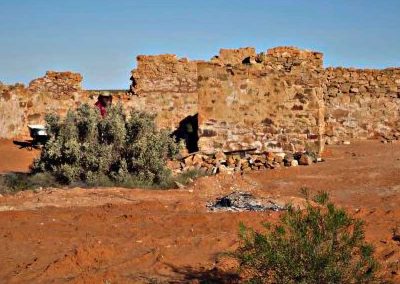 Some of the bakers who volunteered their time in 2014 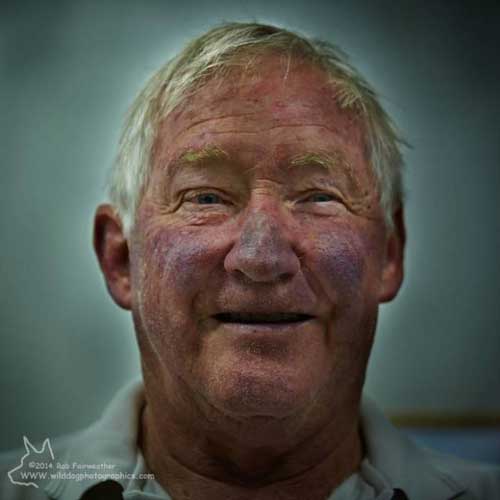 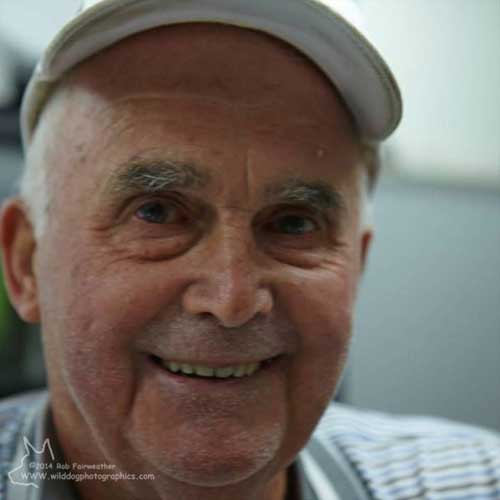 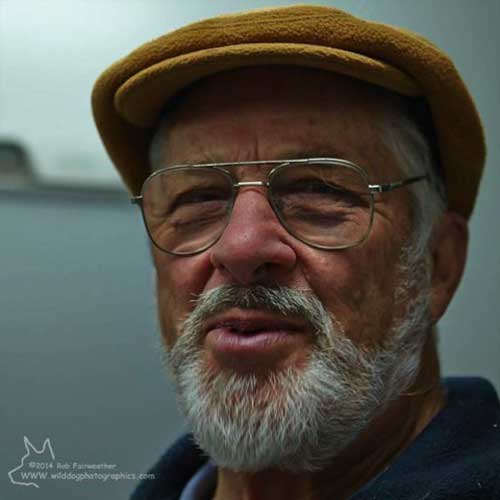 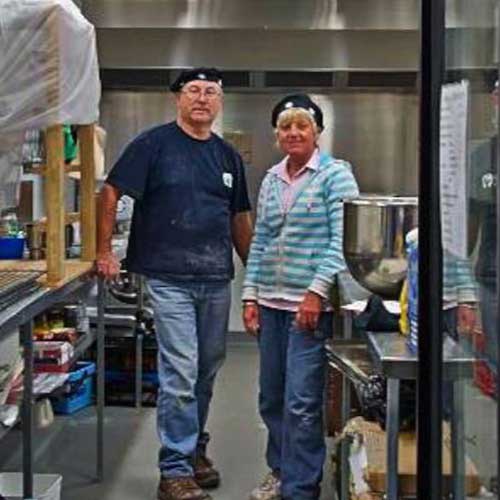 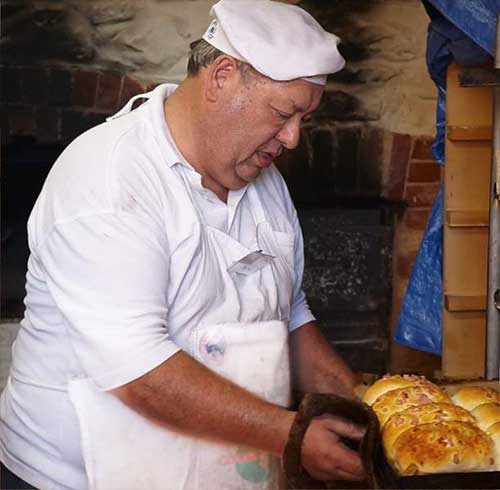 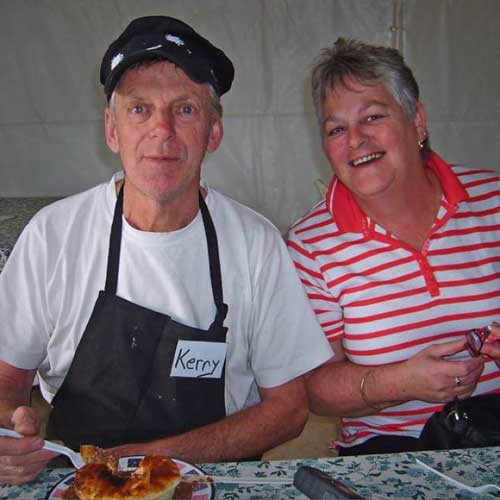 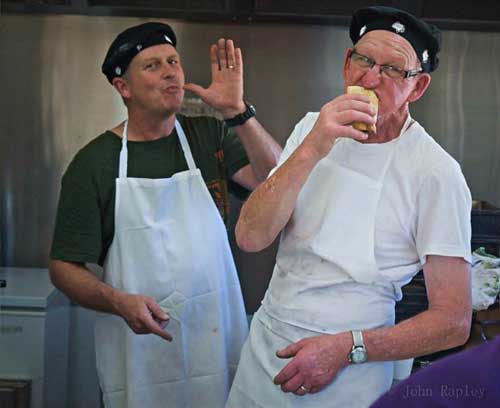