This year we have seen a departure from the single works program. A (very) brave group of enthusiastic members descended upon Farina on January 22nd, for a 2+ day mini-conference. During this time we were able to thrash out a series of issues relating to future directions for the project, and to do some much needed work that was required prior to the normal works program, on the new shed.

By mid afternoon on Friday 22nd, painting the concrete floor of the shed had ground to a halt when it was found that the high (air and slab) temperatures were causing the dual pot, water based epoxy paint to prematurely begin setting.

It was determined that the best time to re-commence work was very early morning, so although a time of 6am the next morning was nominated, the enthusiastic workers were on the job (using car headlights) at 0540. With about 8 painters in action, the first coat was successfully completed by 0630. A second coat was applied the following morning.

The rear view of the shed (see image 1 below) shows the two large (20,000 litre) tanks – now half full after heavy rain a couple of weeks ago. Sufficient to supply our needs for over 12 months! 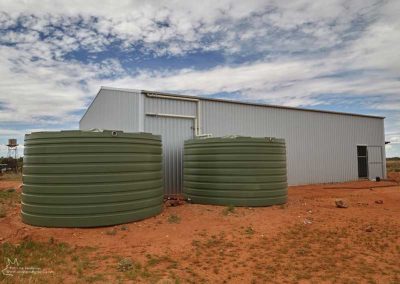 The shed (back view) from the rear. 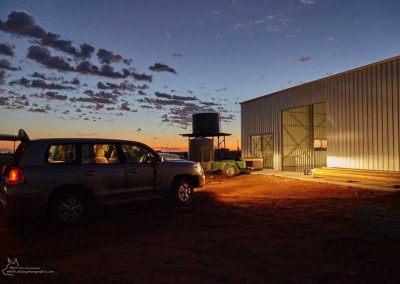 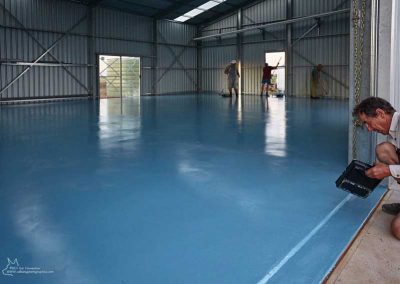 Doug finishes the entrance from the vehicle apron 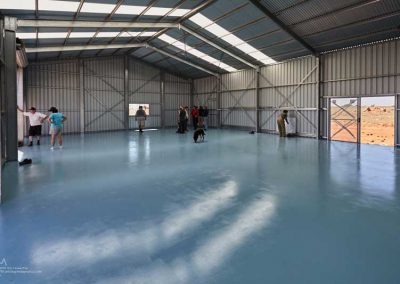 Later in the day the floor is navagable – note the lack of shoes! 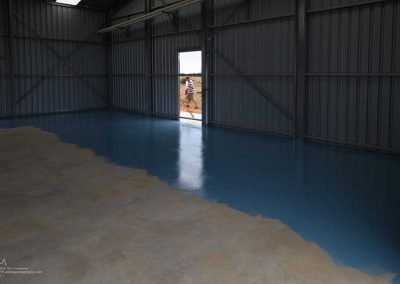 Work stops because of heat 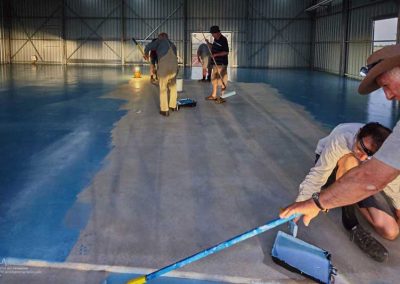 Many hands make for rapid progress 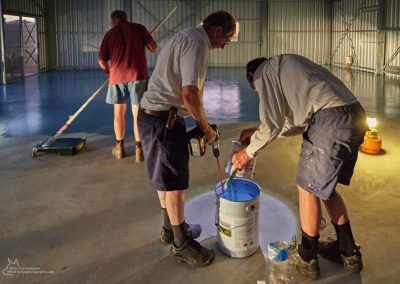 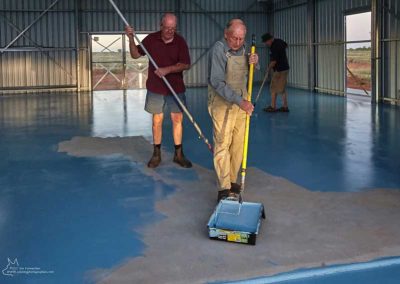 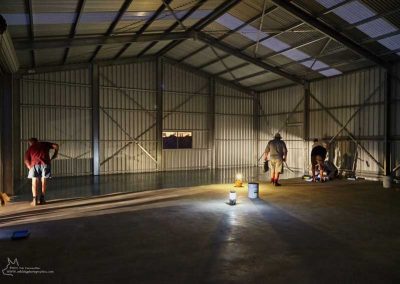 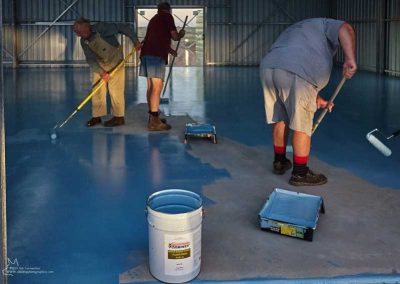 The final stages for the first coat