New life for the Angles Rest

Over the last couple of years, we’ve been considering excavating the ruins that have been dubbed “Angel’s Rest”

The building in this case is right across the road (track) towards the North of the Police Station. All that is left of this building (that stands above ground) is a series of vertical very rotted wooden planks. (see “Angle’s Rest in 2015 below).

When clearing the area behind these planks, volunteers noted something strange about the soil and timbers in the middle of the building remains. As sand was removed from the area, it became evident that something like a cellar was likely to be under the floor boards. Subsequent considerable digging and shovelling has indeed unearthed a small cellar.

When the University of Adelaide spent some time here, they added some signage to many of the remaining building sites. It would appear that their naming of this building as “Angel’s Rest” may have been incorrect, as the writing that pre-dates their visit, and found on the side of the (now identified) chimney flue clearly reading “Angle’s Rest” – believed to be relating to the angle of the chimney steelwork.

This could also reduce the credibility of the belief that this building was a house of “Ill repute”.

The last known photograph (thought to have been made in 1972 by a Mr Barry Cox) may be seen below. Note the horizontal external slats behind the plaster finish, and behind these, the remaining vertical timbers. Positioning of windows and door in the remaining timbers found lying on the ground inside the perimeter of the remains tie in with the old photograph.

More work will be done on this building over the next 4 weeks. Keep an eye on this page for an update in late July 2017 when site work has been completed. Unfortunately nothing more to add on July 17. 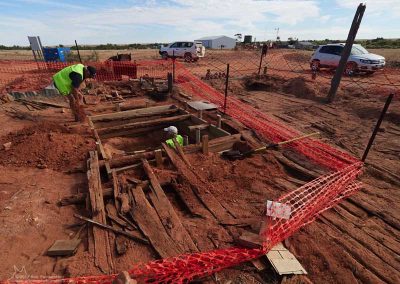 General view to West while excavating 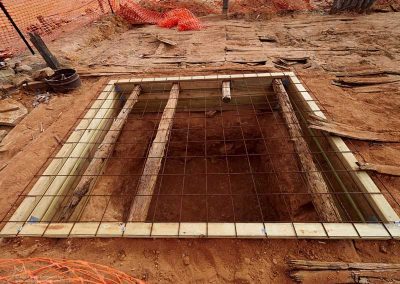 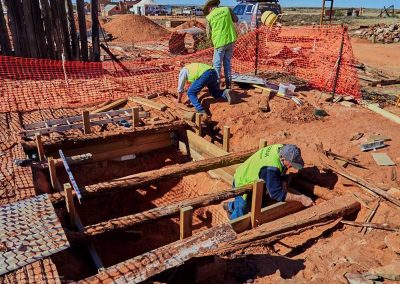 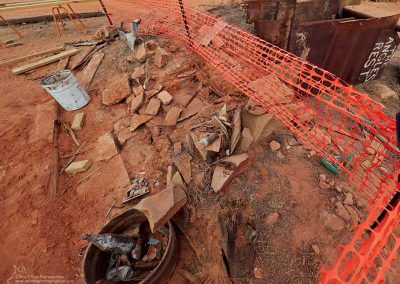 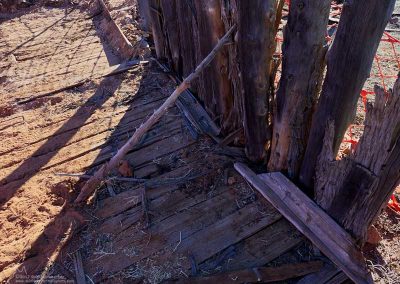 Flooring timbers on Eastern side 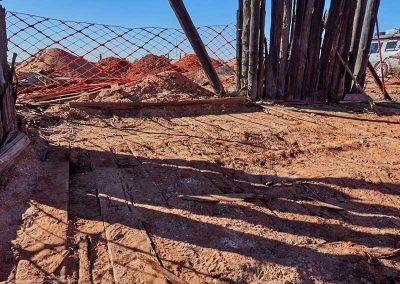 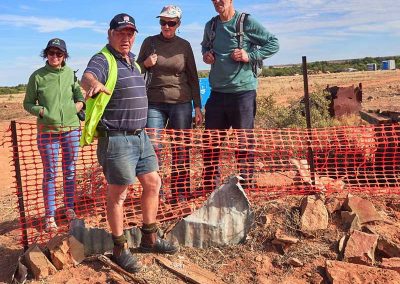 Jerry talks to a group of visitors 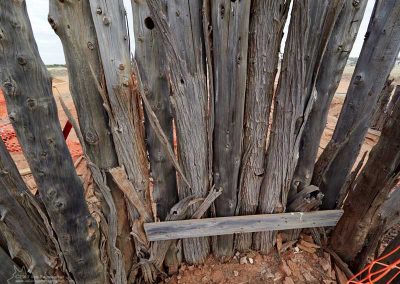 Only one external horizontal plank remains. 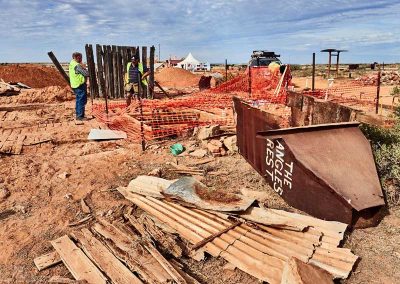 The fireplace back and chimney flue 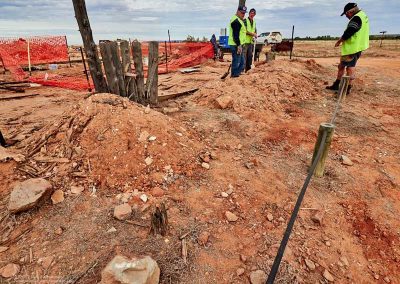 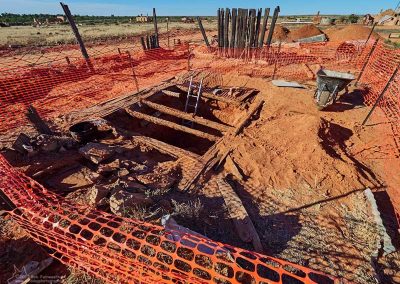 Fireplace to the immediate left 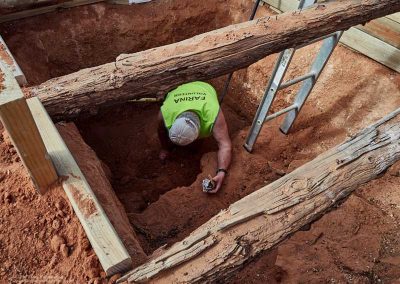 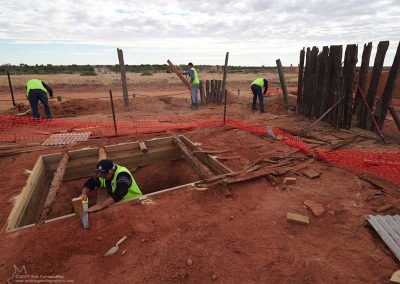 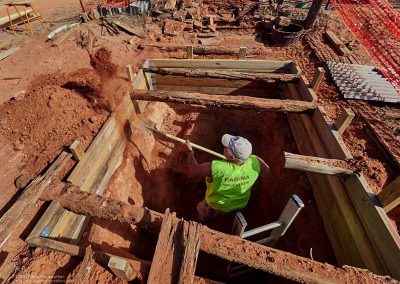 Removing sand from the cellar 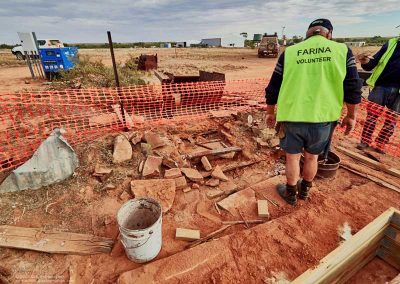 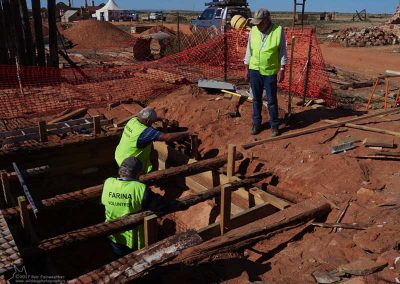 Fitting the top edging to the shoring timbars