After having to close the FRG Operations in Week 5 due to Covid, the in-coming team leaders (Tamara Greenham and Peter Watson) and some others arrived late in week 5 to undertake some cleaning and get ready for the new volunteers to arrive. Many of the volunteers had already left home to make their way to Farina prior to the week 5 closure decision so many took their time touring our great country and most volunteers arrived on Friday to get ready for the week 6 opening on Saturday.
The Bakers and assistants worked on Thursday and Friday (of week 5) to get some stock ready for the opening on Saturday.
Our loyal Farina Bakery customers couldn’t wait to get their hands on bread, pies, cakes and coffee when the Bakery re-opened as can be seen in some of the photos below. Week 6 was a very busy week particularly with people travelling too and from other events and travelling during the school holidays.
The Stonework crews were rearing to go and got stuck into the re-pointing works at the Transcontinental Hotel and a separate team worked on the building of a stone gable-end on the bakery oven chamber and roof for the oven. This will protect the newly rebuilt oven chamber (for another 140 years we hope).
Alan and Damian did a small emergency repair on a wall at Moffatts House, as some crumbling stone had fallen away and it was feared it would get worse by next year if we didn’t address it quickly. They did a fantastic job and disaster was averted.
FRG Infrastructure was given a boost this week with some finishing touches to the new volunteers shower block at the campground, and the completion of another concrete slab at the back of Tom’s shed to give more space for storage of materials and outside workshop duties.
Travelling on two wheels was popular this week as you can see in the photos of visiting groups on bicycles and motorbikes.
On the restoration planning front, some careful excavation was made of an underground water tank used as part of the on-site Lemonade Factory (around 1880). The group plans to do some restoration work on the tank and the associated stone buildings, however with our limited number of volunteers we don’t expect to be able to tackle this soon.
Once again another enjoyable and productive week at Farina.
Images by Mark Roberts, Peter Watson and Tamara Greenham. 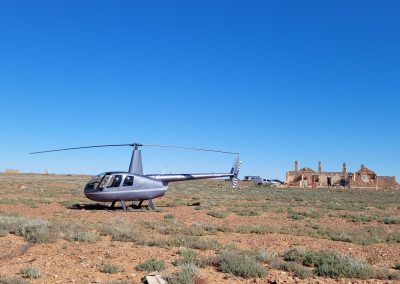 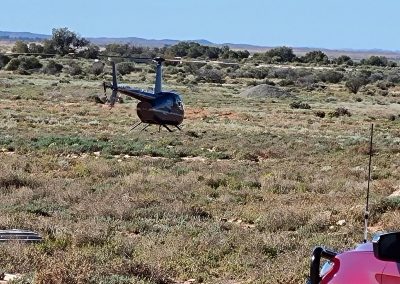 Tourists dropped in via Helicopter Week 6 2022 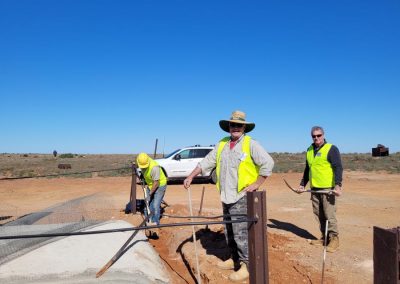 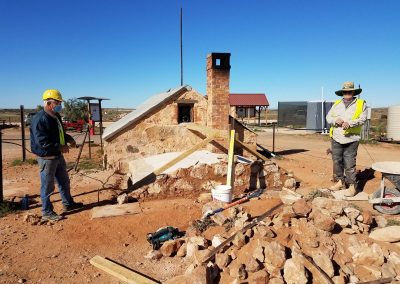 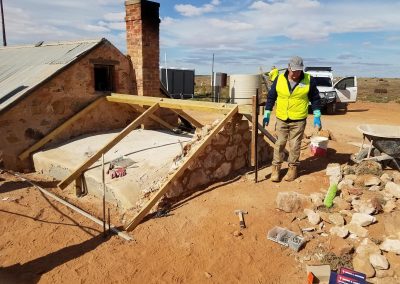 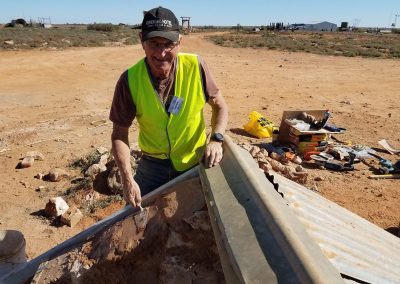 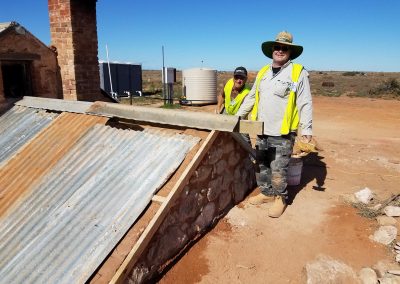 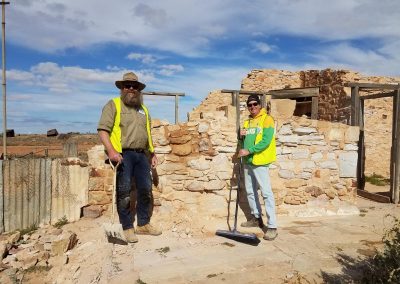 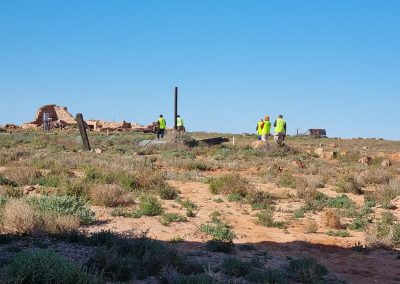 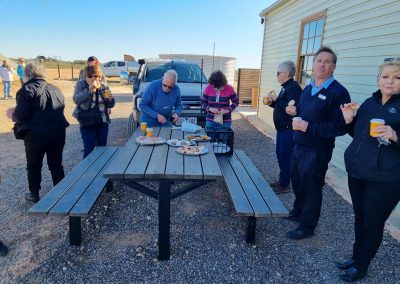 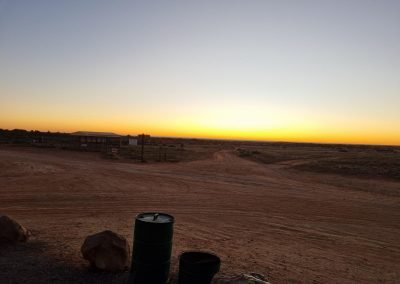 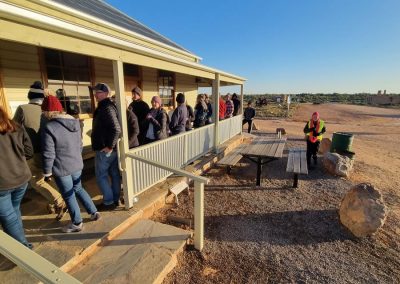 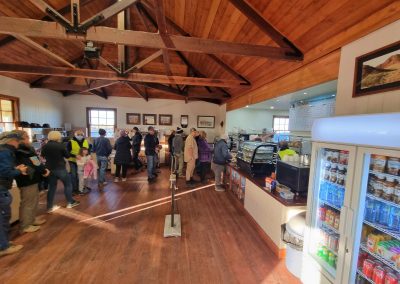 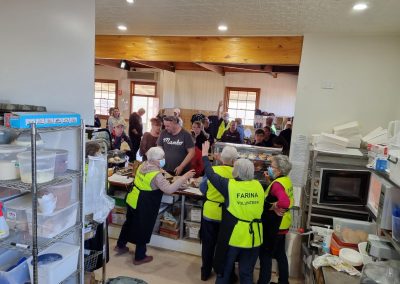 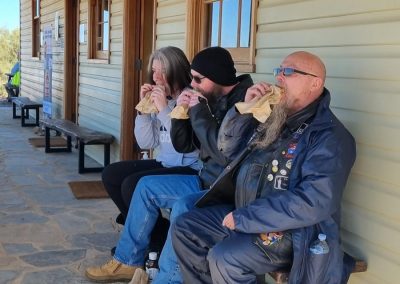 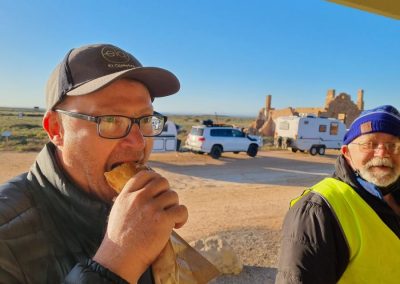 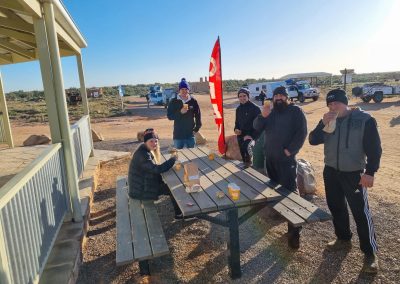 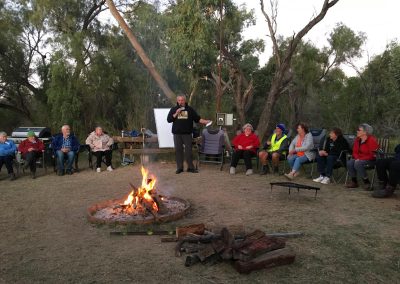 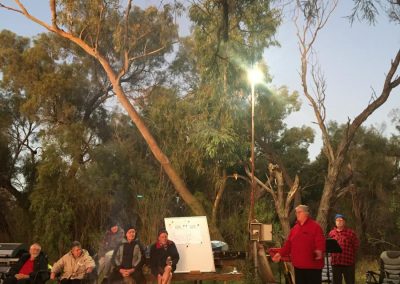 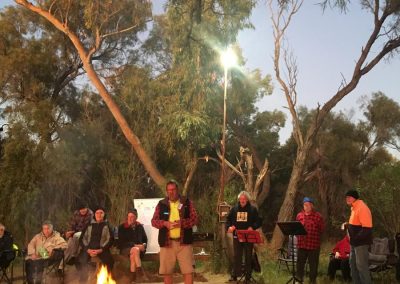 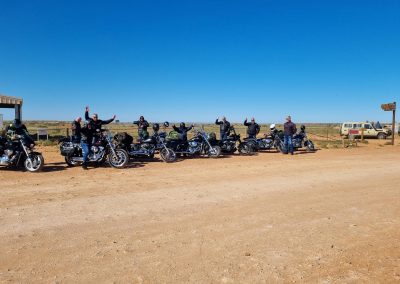 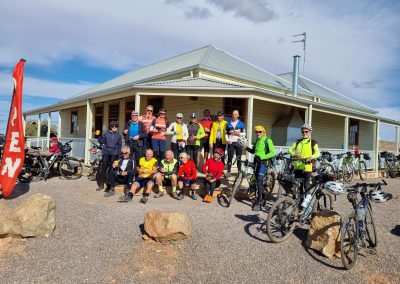 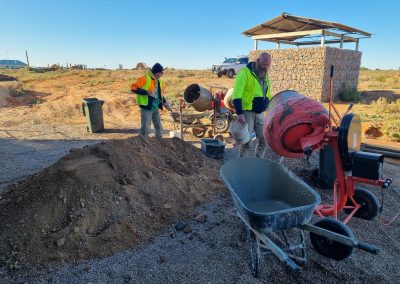 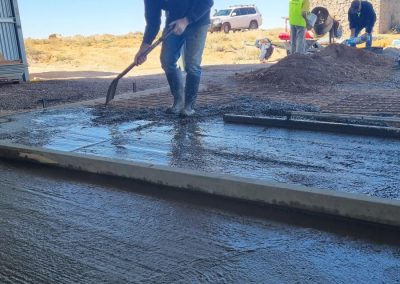 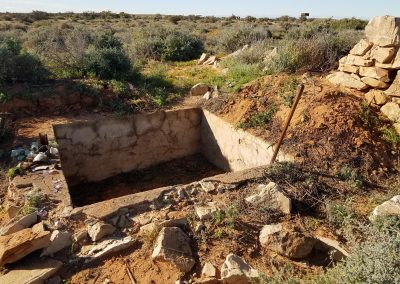 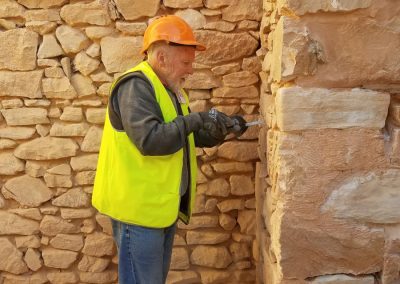 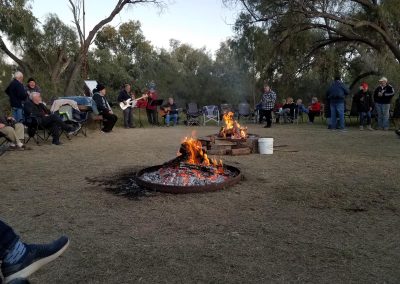 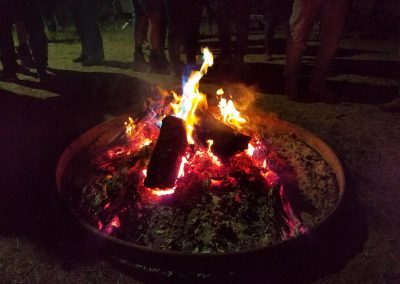 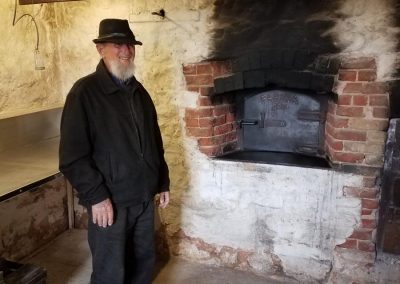