2013 Restorations Works – the year of the Railway.

Jeff Fulwood arrives with his road-train of railway waggons

Jeff Fulwood arrives with his road-train, carrying two waggons from Quorn. Jeff had driven his rig empty from Queensland to make this (donated) delivery for the Farina Restoration Group. He then drove his rig back to Queensland to continue with contract work that he was doing there.

Pictured below is Robert Moffatt’s house before restoration work was begun in 2012. 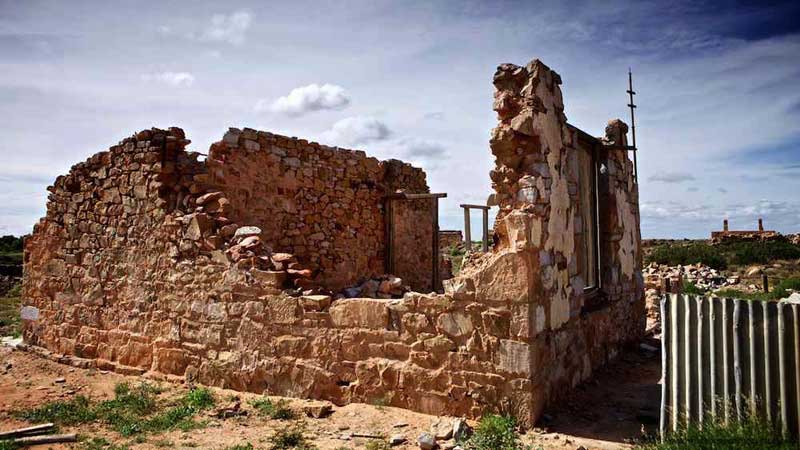 2012 was my first introduction to Farina. I travelled up there with my good friend Martin MacLennan who is a baker extraordinaire. Whereas many of the volunteers stay for a number of weeks each year, very involved in the exacting task of refurbishing all the old building walls, Martin and I could only spend a week away from other responsibilities.

Robert Moffatts house at the beginning of 2012 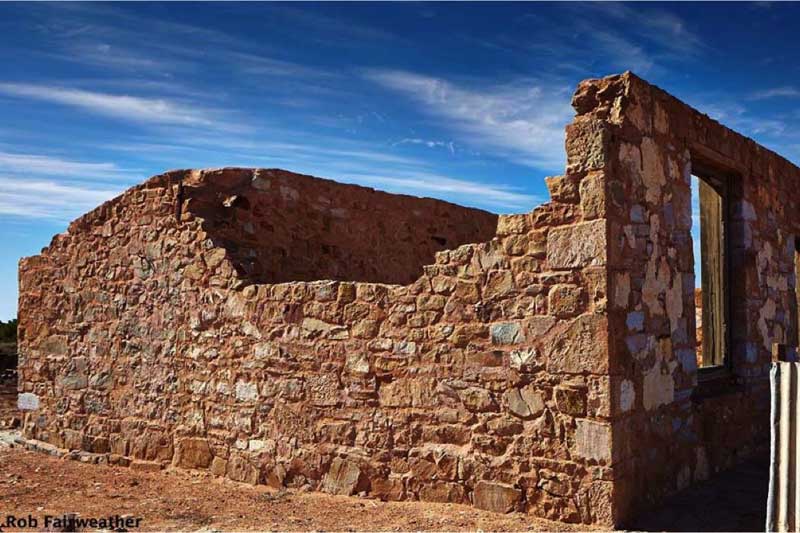 Last year we left Farina while work on Robert Moffatt’s house was still progressing. Hopefully, when we arrive this year, we’ll see considerable improvements in it. We’ll track progress for you whilst there. I was hearing rumours that the Exchange Hotel had been earmarked for some new work to stabilise the front wall.

We are supposedly to receive two railway waggons during the time we’re in town. It seems that ABC TV intends to carry an article on the arrival of the waggons. They need us to produce some video of the event – so it could be an interesting time!