The life story of Alfred Napier Bell is still being pieced together by the FRG History Team.

Alfred attended St Peters College in Adelaide from 1933 to 1935. Alfred’s housemaster was  Lt Col John Holroyd Hill who served with distinction in the first world war. It is believed that Alfred took part in Cadet’s whilst at St Peters, and is shown in a newspaper photograph shooting at a rifle range (see the photo gallery in this profile).

If anyone has further information the FRG would gratefully publish it.

23/2/1940, Enlisted in the 2nd AIF at Wayville South Australia. Service  Number SX1760. He was 21years 10 months of age and Single and his occupation was recorded as Jackeroo. His next of KIN was John Henry Bell Storekeeper Farina South Australia.

19/4/1940, Alfred entrained in Adelaide for movement to the 2/10 battalion at Ingleburn to be taken on strength.

5/5/1940, The 18th Brigade embarked from Sydney on the SS Mauretania for the Middle East and was diverted  via Cape Town to the United Kingdom as garrison troops in case of a German invasion following the fall of France.

18/6/1940 Disembarked  at the Port of Gourock Scotland and entrained for England.

19/6/1940 – 14/11/1940 camped and trained in the Salisbury and Colchester area of England. During this time Alfred spent time in hospital with Mumps and Rubella.

24/8/1941 departed Tobruk for border garrison duties and training in Palestine and Syria.

Milne Bay was the first time Japanese armed forces had been defeated on land operations. Actions at Milne Bay cost the 2/10 Battalion 69 casualties and many more with Malaria and Tropical disease.

It would seem that Alfred returned  to Australia prior to  the 2/10 Battalion’s Buna- Gona –Sanananda action from late December 1942 to late January 1943. In this action the  2/10 suffered over 300 casualties.

25/1/1943, Alfred is now back in Australia on leave and has been hospitalised at the 115 General Hospital Heidelberg Victoria with malaria and tropical disease’s.

4-19/1/1944 The 2/10 moved to Shaggy Ridge – Finisterrre Range New Guinea, acclimatising and patrolling a very mountainous area with ridges, in some cases less than 5 meters wide.

2/10 Battalion was preparing for an attack on Cam’s Saddle, that joined to Faria Ridge, it was raining heavily , and the track was knee deep in mud. A Company was in the lead and Alfred Bell moved forward in the blinding rain to observe the enemy’s position. The approach was up a steep slope that was extremely slippery requiring the use of both hands and feet to make progress, as Alfred Bell moved further forward a shot rang out and Alfred Bell was killed.

Corporal Alfred Napier Bell was 25 years old and an original member of the 2/10 battalion, He served 1426 days in the 2nd Australian Imperial Forces.

Phillip Bradley author of “On Shaggy Ridge” replied to  a question about the possible connection with Faria Ridge, Faria River, Faria Valley and the town of Farina South Australia.

The reply was, The Faria Ridge, River, and Valley was named as such on the Dumpu and Kumbarum map sheets that the 21st Brigade was using in October 1943. The 18th Brigade of which Alfred Bell was a member of the 2/10 Battalion did not arrive in the area until January 1944. The name of Faria was in use prior to Alfred Bells death.

Alfred Bell would have been eligible for the following campaign medals

In the notes on members from Farina in WW1 and WW2 it is mentioned in the Adelaide Advertiser Saturday 5th February 1944 that Alfred Bell volunteered for para troop training  and had to withdraw due illness. The service record does not show any involvement with Para Troop training. Para Troop training at this stage was conducted at Tocumwal NSW by the Royal Australian Air Force and later moved to Richmond NSW.

The movement order  Q 02415 dated 26/11/1942 may have been the reason Alfred returned to Australia for Para Troop training and treatment for Malaria and Tropical Disease.

2/10 Infantry Battalion AIF full strength was 700 personal and over the course of WW2  a total of 3,008 men served of whom 315 were killed or died on active service and 525 wounded.

Books that have sections on the 2/10 Infantry Battalions active service.

The information in this profile of Alfred Napier BELL was researched and compiled by Farina Restoration volunteer Bruce Morris. 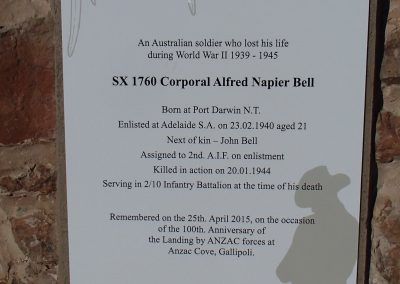 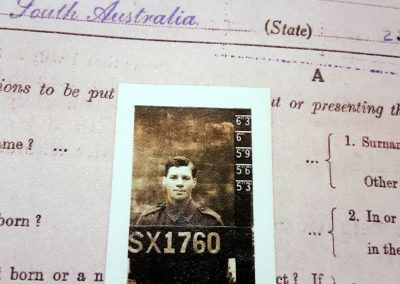 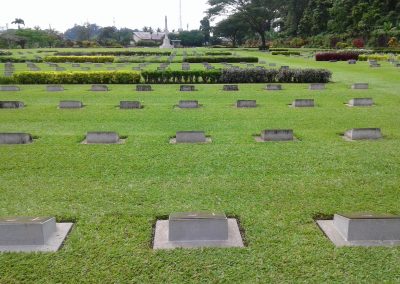 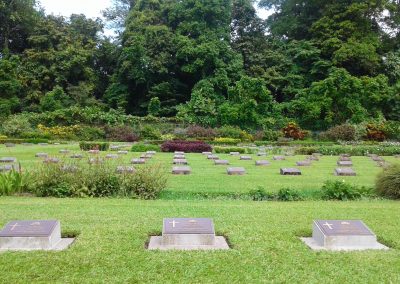 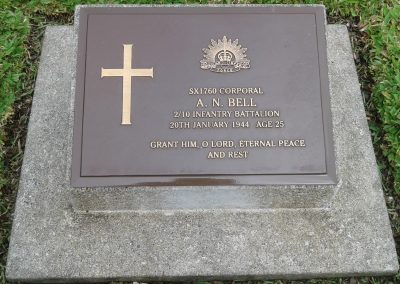 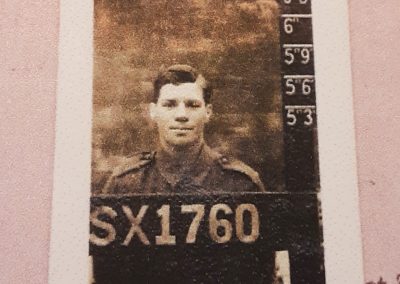 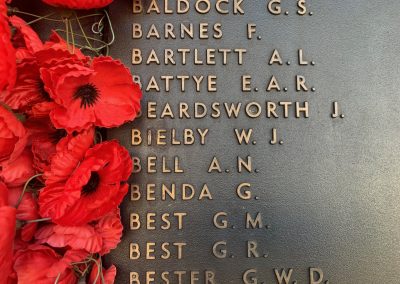 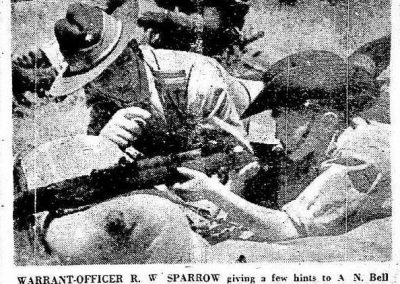